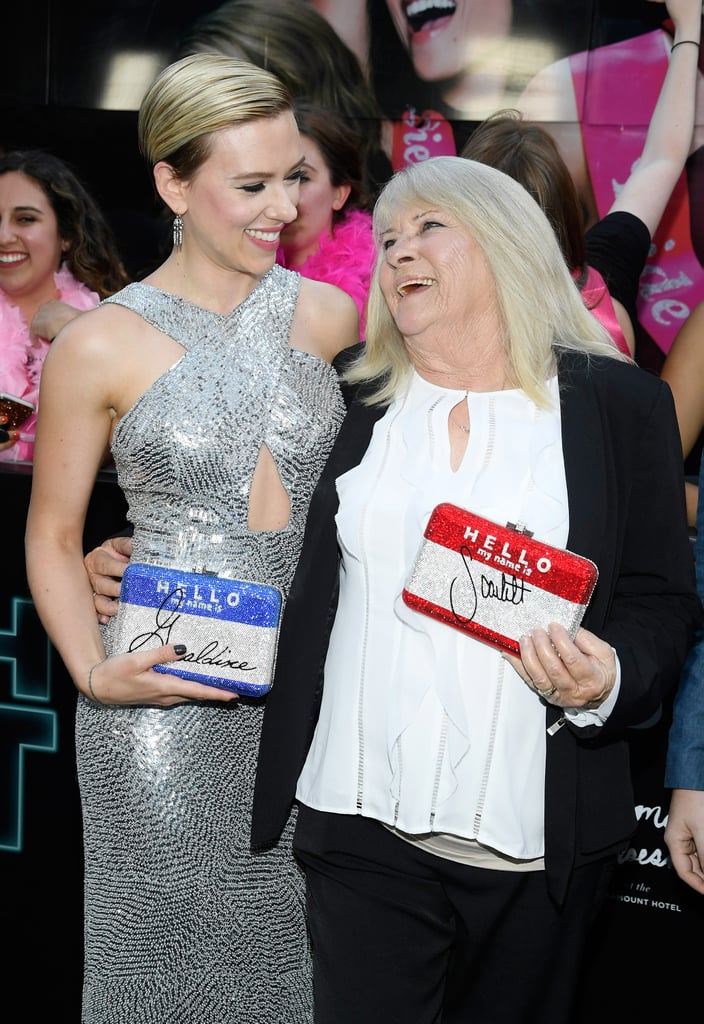 After inviting 72-year-old Geraldine Dodd to come and party with her back in April, Scarlett Johansson followed through on her promise when she and the look-alike grandma attended the NYC premiere of Rough Night on Monday night. The two ladies appeared to have a blast as they made their way down the red carpet and wrapped their arms around each other while posing for the cameras. To make matters even cuter, Scarlett carried a personalized clutch that read "Hello my name is Geraldine," while Geraldine's read "Hello my name is Scarlett."

In April, Reddit user Denverjoel posted a photo of his grandmother Geraldine from 1967, and he couldn't help but call out her uncanny resemblance to the Hollywood actress. "My grandma looked like Scarlett Johansson when she was younger," he captioned the snap. Joel also told Geraldine about her famous twin, but she laughed it all off because she was "drunk as a skunk" in the photo with her husband (who sadly passed away in 2016). The photograph went viral and Scarlett actually recorded a video message for Geraldine in response to all the attention, inviting Geraldine and her 25-year-old grandson to join her at the premiere of her new movie, Rough Night. We're so glad she kept her promise!