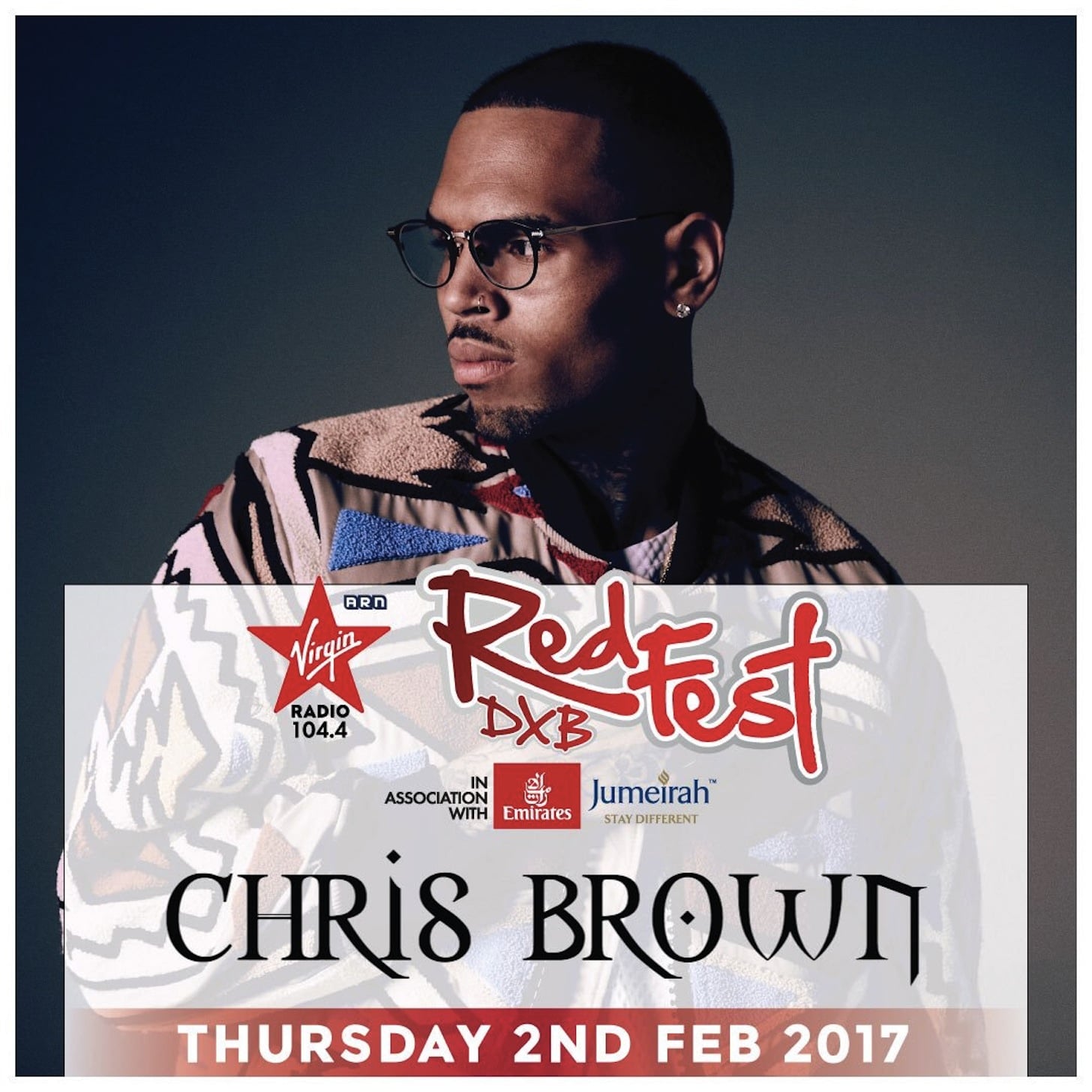 Back in September we revealed that he'll be playing Virgin Radio's RedFest 2017, and now Chris Brown has canceled his appearance at the Dubai music festival. Chris, 27, will miss the show after rescheduling his tour and in his place Sean Paul and G-Eazy have been added to the lineup.

They'll take to the stage at Dubai Media City Ampitheatre February 2 where Daya and The Veronicas will also perform their hits. February 3 will see Demi Lovato, Mike Posner, Tove Lo and Alessia Cara entertain the crowd.

Get more information at www.redfestdxb.com.

Grammy Award winning artist @duttypaul has been added to the line up for Day 1 of Virgin Radio RedFestDXB on Thursday 2nd February! pic.twitter.com/ZwKv1jVE4z