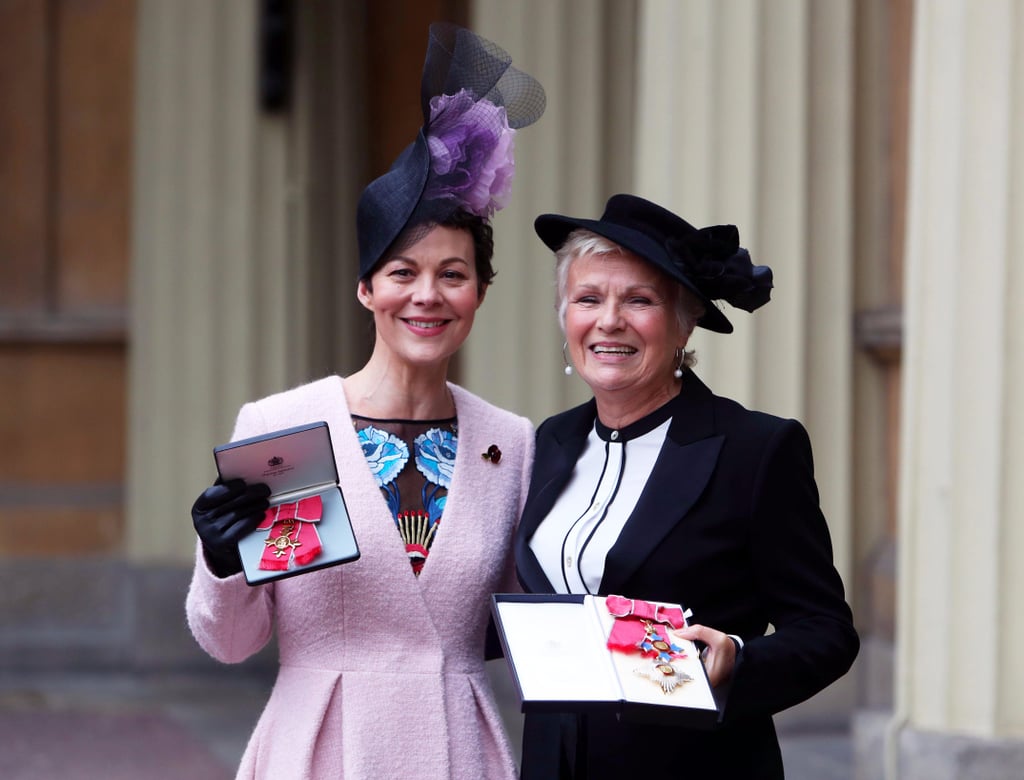 Two Harry Potter Stars Were Honored by the Queen This Week

Harry Potter fans will definitely recognize two familiar faces who met the Queen this week. Actresses Julie Walters, who played Molly Weasley, and Helen McCrory (Narcissa Malfoy) both visited Buckingham Palace on Tuesday to take part in their investiture ceremony. Julie Walters was made a dame (leading us all to question why it took until 2017 for such a national treasure to get the honor) while McCrory was awarded an OBE for her services to drama.

The Peaky Blinders star was accompanied by her husband, Damien Lewis, who looked very excited to be there to see his wife pick up such an honor. The pair posed outside the palace, and Helen also giggled with the newly appointed Dame Julie as they showed off their medals. In an interview at the event, Helen divulged what happened inside, explaining that she'd thanked the Queen for being there in person to award the honor (sometimes the awards are given out by other members of the royal family). Apparently, the Queen responded by saying "I know who you are". Perhaps she's a big fan of Aunt Pol?

🎥 Actress Helen McCrory shares her experience of receiving an #OBE from The Queen at today's Investiture. pic.twitter.com/RNlNUUq65m