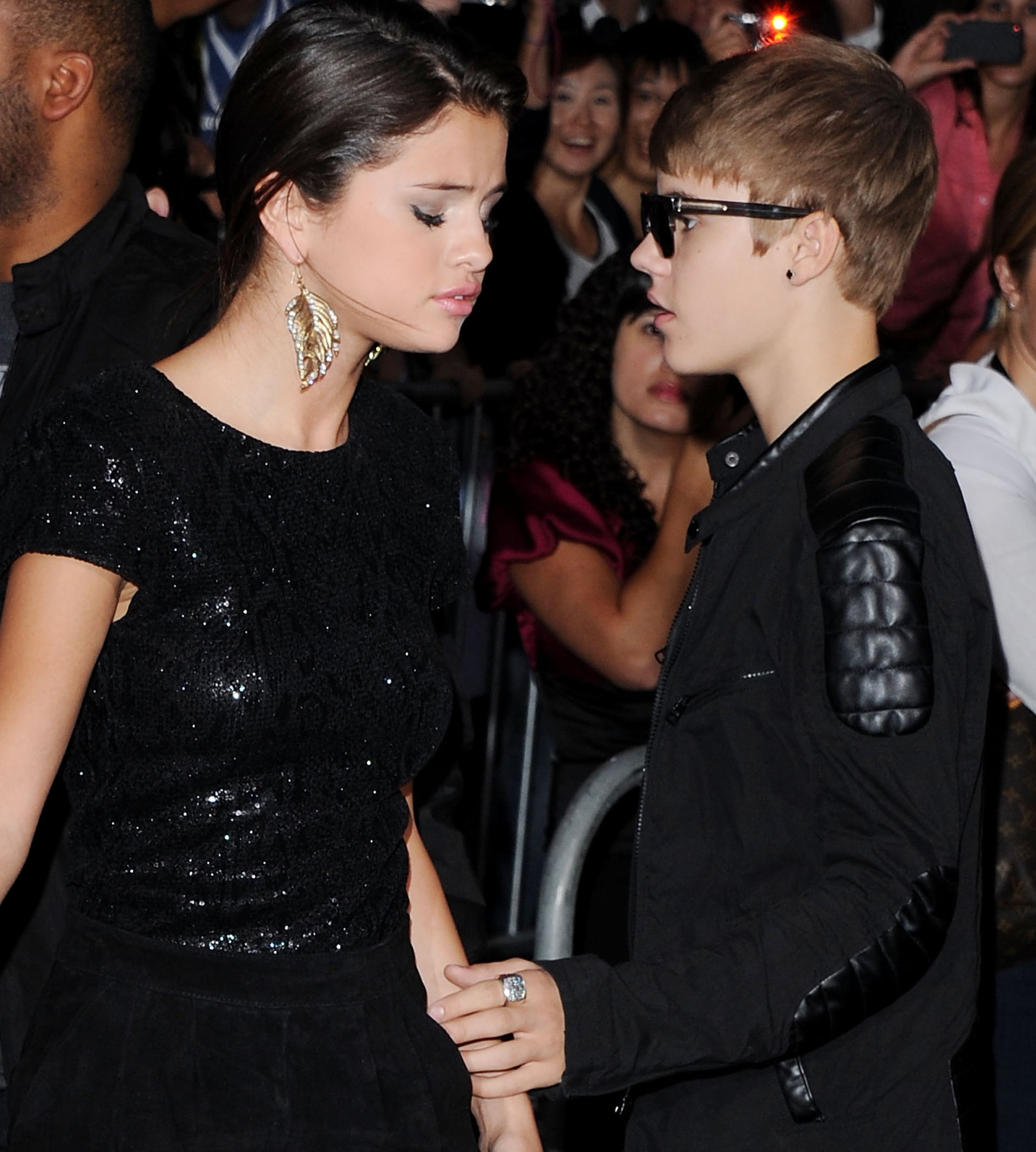 Selena Gomez and Justin Bieber were spotted jetting out of LA for a romantic trip to Seattle over the weekend, but it looks like things didn't go quite according to plan. The couple, who rekindled their romance back in October, visited the Sugar Factory to enjoy some sweet drinks, and apparently, Selena was not in the mood for Justin's dancing. According to E! News, Selena ended up walking out on Justin because his dancing was drawing too much attention to them. It reportedly took Justin a while to get the hint, but eventually he got up and followed her.

Trouble in paradise already? The news also comes amid reports that Selena's mom, Mandy Teefey, was recently hospitalized over an argument she had with Selena about Justin. While it's no secret that Selena's family "is still getting comfortable with the idea of them back together," Mandy reportedly freaked out when Selena told her that she and Justin were going to couples therapy because she didn't realize they were trying to make their relationship long-term. It looks like Justin and Selena may be spending the holidays apart again.