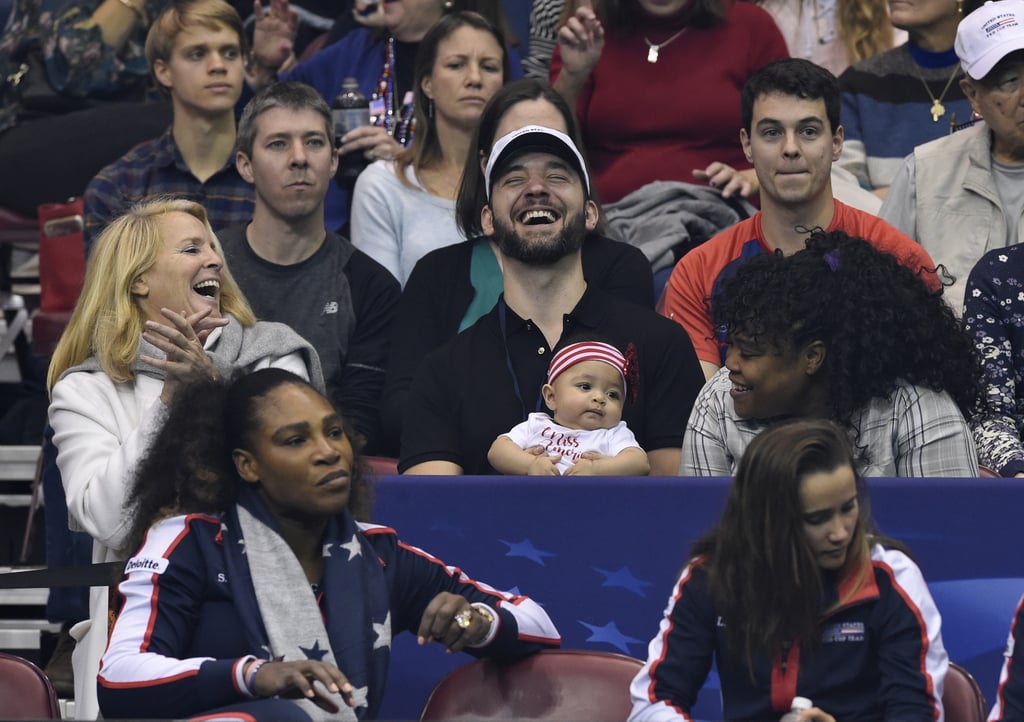 Serena Williams's daughter, Alexis Olympia, may only be 5 months old, but you better believe she and dad Alexis Ohanian were front and center at the Fed Cup in North Carolina on Sunday. The father-daughter duo were on hand to watch Serena and Venus compete in a doubles match against Lesley Kerkhove and Demi Schuurs, but it was little Alexis who stole the show with her cuteness. Not only did she look adorable in her little red-and-white outfit, but the event also marked Alexis's first public appearance and Serena's official return to competitive tennis since becoming a mom. Sadly, Serena didn't win, but with a family like hers, she's always a winner.