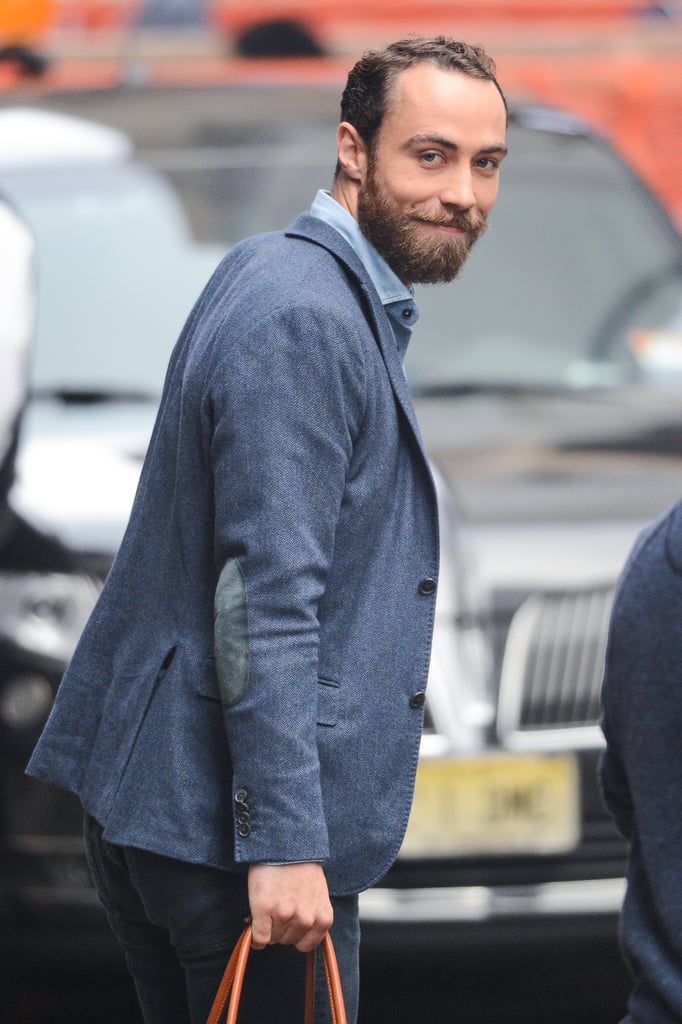 Kate and Pippa Middleton may be the most recognizable names from their well-to-do family, and for good reason: Kate is, well, the Duchess of Cambridge, and her younger sister Pippa made headlines as a bridesmaid at the 2011 royal wedding and again at her own ceremony in 2017. While Kate recently welcomed her third child with Prince William, Pippa is reportedly expecting her first baby with husband James Matthews. But there's another James in the Middleton mix that we need to talk about. Kate and Pippa have a younger brother who still manages to remain a bit of a mystery, but there's no secret about how attractive the 31-year-old is.

We often get to see James's hot bearded face when he's watching Wimbledon games with his sisters or spending time with the royal family. Most recently, he attended Prince Harry and Meghan Markle's wedding with the rest of his family. Scroll through to see his most handsome snaps — so far!