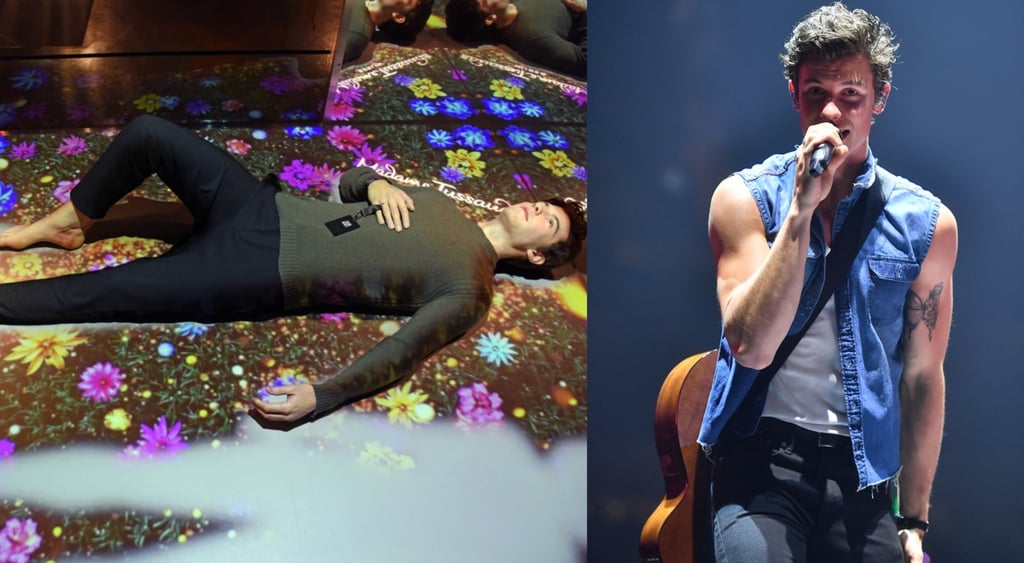 Shawn Mendes's New Wax Figure Is Just Chillin' on the Floor, and You Can Join Him

Grab your passport, because Shawn Mendes now has his own wax figure at Madame Tussauds in Germany, and his hand is just waiting to be held. Inspired by Shawn's "In My Blood" music video, the recently released wax figure is positioned lying down on a floor with a built-in projection screen that switches between iconic images of the figure on the bathroom floor and a bed of flowers similar to the one at the end of the video.

The 21-year-old "Señorita" singer is the first person to have a Madame Tussauds wax figure that's reclining on the floor instead of standing up, and the new position comes with some fun perks. Not only can you hold wax Shawn's hand and cuddle up to him like you're chilling in your own dreamland together, but just lying down next to him leaves a glowing outline of your body on the floor that matches the one surrounding Shawn's figure. Such a great Instagram photo op! Take a closer look at Shawn's wax dopplegänger ahead.