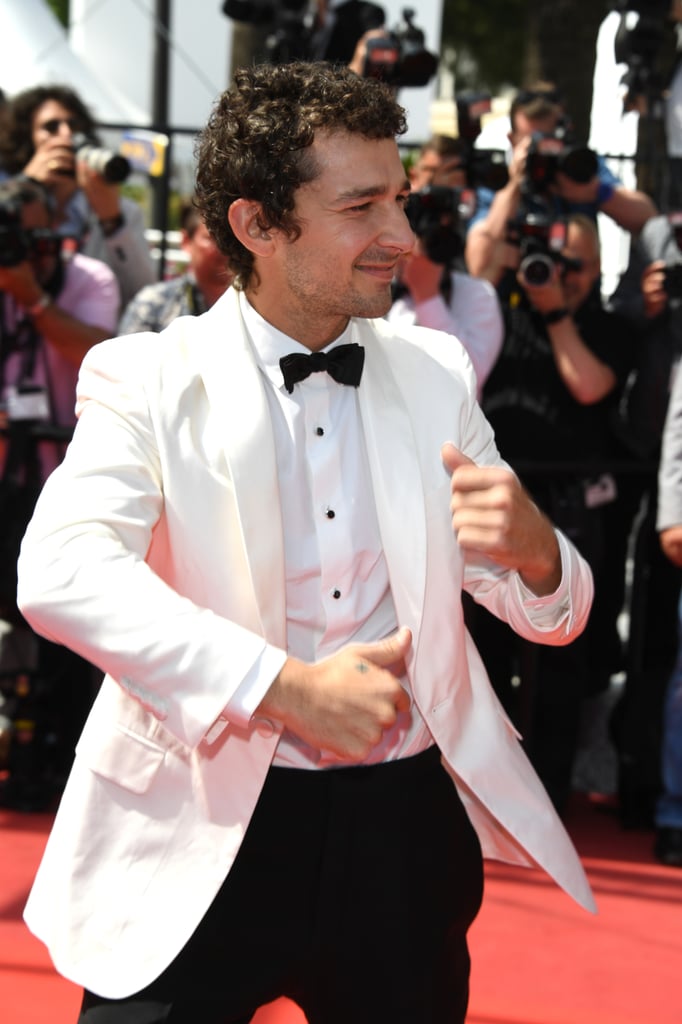 Shia LaBeouf had us doing a double take when he popped up at the Cannes Film Festival this week. After previously sporting a braided mullet and going completely bald, Shia returned to his roots — literally — and let his natural curls grow out. The best part? He looks just like he did back in the early 2000s when he starred as Louis Stevens on the Disney channel sitcom Even Stevens. We're loving this look!

Shia attended a Cannes photocall and red carpet premiere for his new film, American Honey, which he stars in with Riley Keough, Sasha Lane, and McCaul Lombardi. The 29-year-old seemed to be having a blast while posing for photos, as he cracked up with his costars and busted out a few dance moves before making his way up the famed staircase. For some extra context: the last time Shia was in Cannes, he was wearing a paper bag on his head and storming out of a press conference, so this is all definitely a step up. If you're not on Team Shia yet, this is probably a good time to get on board.