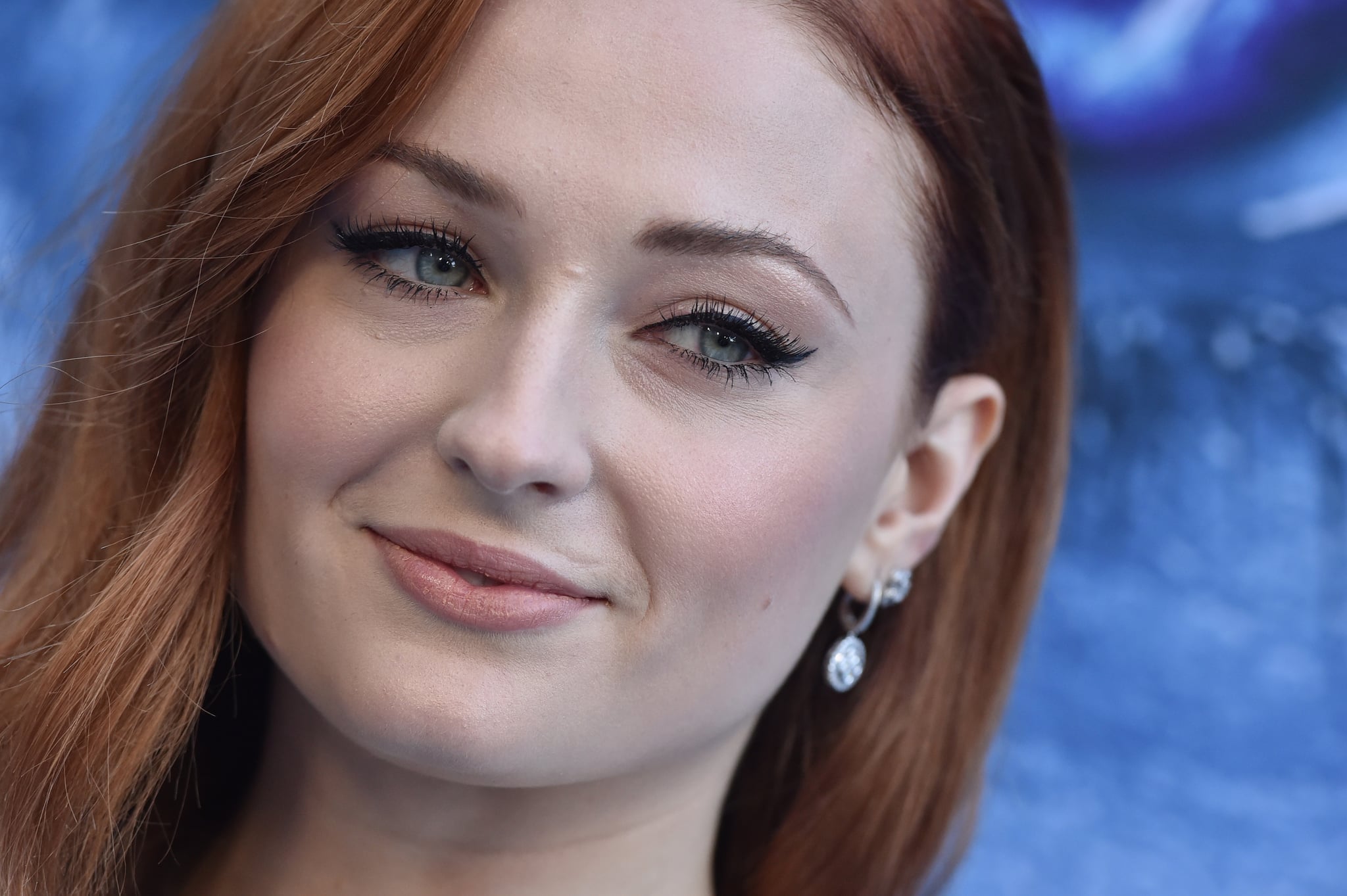 At 22 years old, Sophie Turner has conviction far beyond her years. In a recent interview with Marie Claire, the Game of Thrones actress opened up about her engagement to Joe Jonas more than she ever has in the past, and her perspective on their pending nuptials was refreshingly modern.

Though Sophie frequently thinks to herself, "Holy sh*t! I'm engaged," she doesn't want the relationship to define her. "There's this weird misconception that being married is the greatest thing that'll ever happen to you. But I've always found that my career is something I work for, and when I achieve something, there's a sense that this is the greatest thing I'll do in my life," Sophie said.

That emphasis on her career seems to be working out well for her, too. The actress has several film projects lined up and will play a pivotal role in the upcoming X-Men: Dark Phoenix. Not only that, but she's currently filming the eighth and final season of Game of Thrones. Sophie continued, "It's lovely to be engaged. Not like I achieved anything, but I found my person, like I'd find a house that I love and want to stay in forever. There's a sense of peace that comes with finding your person. But there's a drive that comes with your career."

Sophie's easy-breezy approach to the engagement is unexpected for several reasons. It's rare you hear a newly engaged person share such a balanced outlook on the exciting matter — because it is, of course, exciting and there's nothing wrong with reveling in the moment. It's especially rare coming from someone her age who's whirlwind engagement came after nearly a year of dating.

When the couple first announced their engagement, I'll admit I had my reservations. "They're so young," I thought to myself — with Joe being 28 years old and Sophie just 22. I felt as though they would inevitably be sacrificing some aspect of their respective careers and freedom, which admittedly might say more about my opinion on marriage than anything else. Now, it's clear to me that the actress doesn't intend on compromising any aspect of her career. To use her words, it's "lovely" to find love, but it doesn't have the ability to define you unless you allow it to.