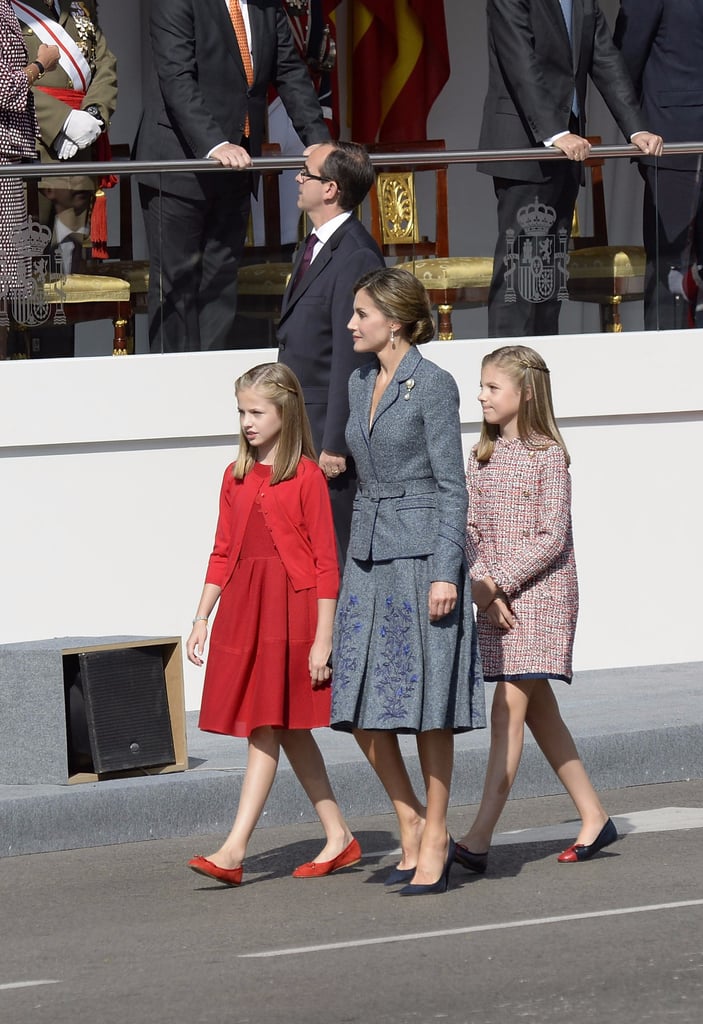 The Spanish royal family stepped out together, and it was worth every minute of waiting. King Felipe VI, Queen Letizia, Princess Leonor, and Infanta Sofía were front and center to celebrate National Day in Spain last year. While the king and queen led the charge, their young daughters were right beside them. Leonor and Sofía also greeted people and stood for photos. The family was joined by national and regional politicians as well as crowds of people who lined the streets waiting to see them and the military planes fly by. There was even a moment where the queen and Princess Leonor couldn't take the sun in their eyes, so they pulled out matching traditional Spanish fans to cover their eyes. See for yourself, and relish in their outing.