Really enjoyed meeting Bollywood icon Sri Devi on my recent trip to India. So sad to hear the news of the death of such a terrifically talented actress, performer and producer. #SriDevi pic.twitter.com/5wDvH8xUwD

Celebrity and fans are mourning the death of Bollywood actress Sridevi.

The star died aged just 54 following a cardiac arrest while in Dubai, according the BBC. She was in the UAE for a family wedding and was with her husband Boney Kapoor and daughter Khushi when she passed away. The Indian movie favorite suffered a cardiac arrest and was a hit at the box office thanks to her motion pictures in various languages, including Hindi, Tamil, Telugu, Kannada and Malayalam.

Stars around the globe have paid tribute to her on Twitter. From fellow actress Priyanka Chopra to Mayor of London, Sadiq Khan, see what they had to say below:

I have no words. Condolences to everyone who loved #Sridevi . A dark day . RIP

Life is so fragile & unpredictable ! You will always live in our hearts forever . #RIPSridevi #Chandani pic.twitter.com/mQl7ou8eze

Shocked to Hear the Demise of Iconic actress Sridevi Garu ! Really Sad News . Condolences to Her Family , Near & dear ones . #Sridevi

This is how I will always want to remember #Sridevi - Happening, Vibrant, Brilliant, Beautiful, Bestest and Unique.🙏🙏 #QueenOfIndianCinemaSridevi pic.twitter.com/Om4Yi0IbxR

She came. She saw. She conquered.
And went back to the heavens from where she came. RIP Sridevi garu.IRREPLACEABLE pic.twitter.com/NB4GozzWYi

Never known anyone who was so painfully shy, so quiet off screen, who just transformed into a force of nature when the cameras came on. She was an interviewer’s nightmare, but the movie-buff’s dream. You will be missed, Sridevi. Thank you for the movies.

The loss of #Sridevi is a big deal for Bollywood but also an entire generation, like mine, that grew up with her movies. She went supernova in the 80s. She had charm, personality, wit and range. MR INDIA remains a classic. So sad that she passed so young. 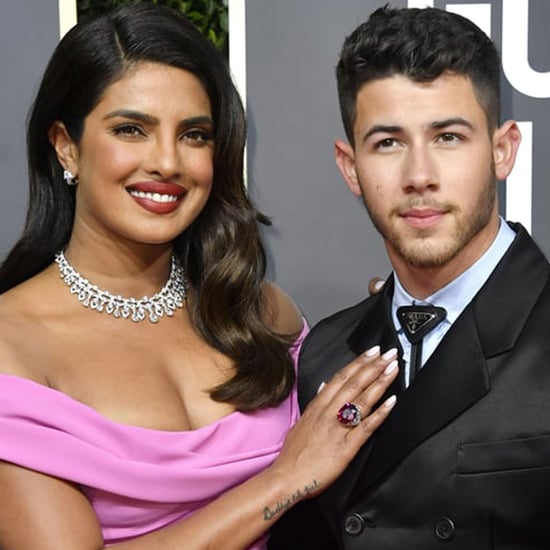 Celebrity Style
I'm a Sucker For Priyanka Chopra's Glam Globes Dress, and I Know Nick Jonas Is, Too
by Victoria Messina 06/1/20

Priyanka Chopra
Priyanka Chopra Opened Up About Having Kids With Nick Jonas Someday: "I Hope So!"
by Chanel Vargas 05/12/19
Latest Celebrity and Entertainment