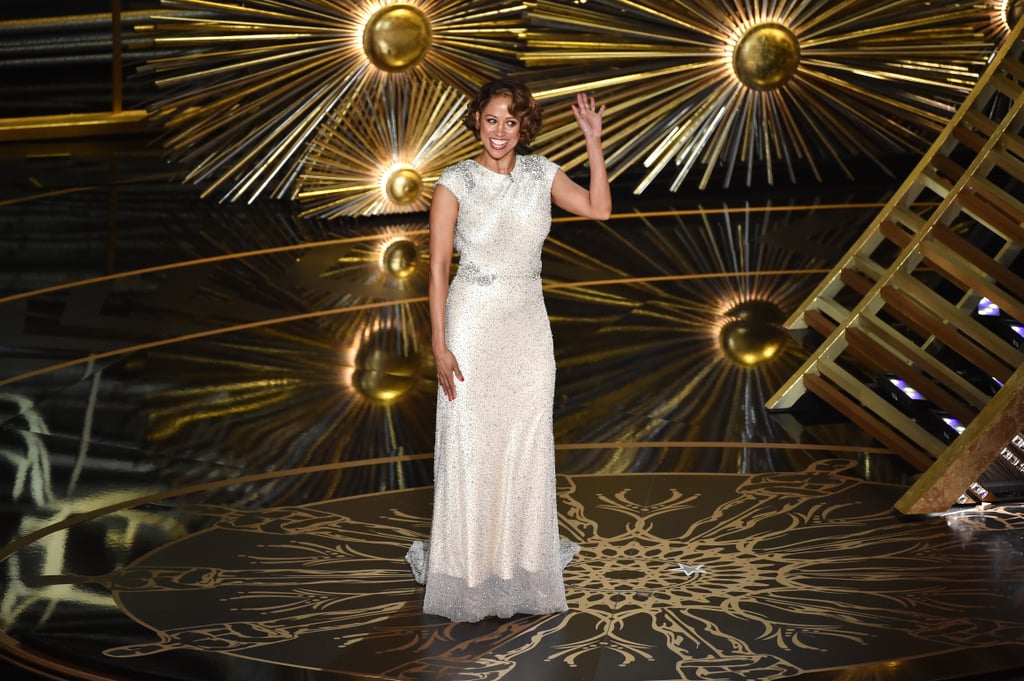 It's safe to say people were a little confused about what, exactly, was going on when Stacey Dash hit the stage at the Oscars. "It is my honor to introduce the new director of the minority outreach program," Chris Rock said. "Please welcome Stacey Dash!" With that, Stacey laughed as she made her way into the spotlight. "I cannot wait to help my people out," she said, adding, "Happy Black History Month!"

So what was that all about? Well, Stacey slammed the Oscars boycott back in January, saying, "We have to make up our minds. Either we want to have segregation or integration. If we don't want segregation, then we need to get rid of channels like BET and the BET Awards and the [NAACP] Image Awards, where you're only awarded it you're black." She added, "If it were the other way around, we would be up in arms, it's a double standard. There shouldn't be a black history month. We're Americans. Period."

Soon after Stacey appeared at the Oscars, she tweeted a link to a blog post that explained her appearance. She wrote, "We need to stop complaining about white people oppressing us, we shouldn't boycott the Oscars, and we need to support Chris Rock the host." And as far as explaining where the joke came in, she said, "When they added ME to increase the diversity, I'm sure many black people rolled their eyes. I'm not 'black enough'" they say. But guess what? I've heard that all my life. I would rather be a free thinking, black than a cookie cutter black who thinks – and votes – just like all my friends."

Keep reading to see a clip of Stacey Dash's Oscars appearance — plus the can't-miss celebrity reactions to the buzzed-about moment.