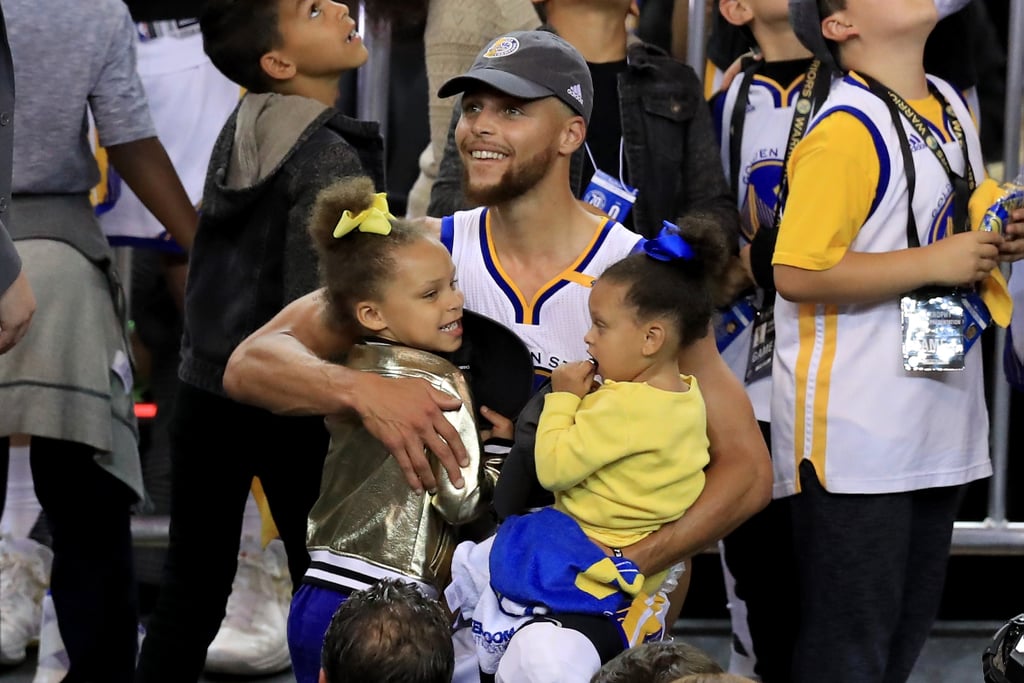 Stephen Curry had his two adorable daughters, Riley and Ryan, by his side after defeating the Cleveland Cavaliers in the NBA Championship in Oakland, CA, on Monday night. After the 29-year-old point guard helped lead the Golden State Warriors to victory at Oracle Arena, he reunited with his family, including wife Ayesha and their gorgeous little girls; Steph held on to 1-year-old Ryan as he celebrated with his team on the podium while 4-year-old Riley showed off her signature charm for the cameras — how cute are their coordinating dresses and bows?

Hot on the heels of the Warriors' win came the news that they would not be celebrating with a White House visit, which is customary for championship-winning sports teams. According to multiple reports, the team unanimously decided to boycott a meeting with Donald Trump. Keep reading to see Steph and his family celebrating the Warriors huge accomplishment!