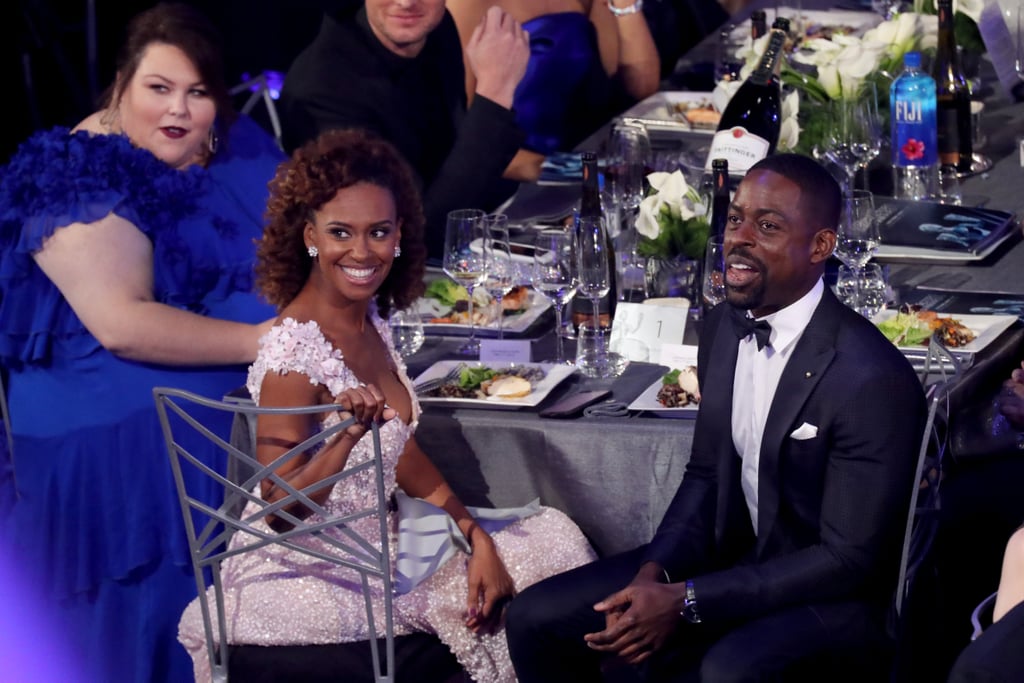 Butter him up because he's on a roll! After becoming the first black actor to win best actor in a TV drama series at the Golden Globes earlier this month, Sterling K. Brown continued his reign on award season on Sunday night when he became the first black actor to win outstanding performance by a male actor in a drama at the SAG Awards. While we applauded from our couches and beamed with pride for the This Is Us heartthrob, it was Sterling's wife (and This Is Us costar!) Ryan Michelle Bathe who had the best reactions of all.

Typically, we watch the winner to see how he or she celebrates, but it was Ryan, Sterling's nonstop cheerleader, who had our attention. The college sweethearts have stolen our hearts with each and every red carpet appearance, but it's the moments when they're not posing in front of the camera and naturally freaking out in the audience that have us obsessing over them even more. Read on to see the cutest photos of Sterling and Ryan at the SAG Awards that you might've missed on TV.