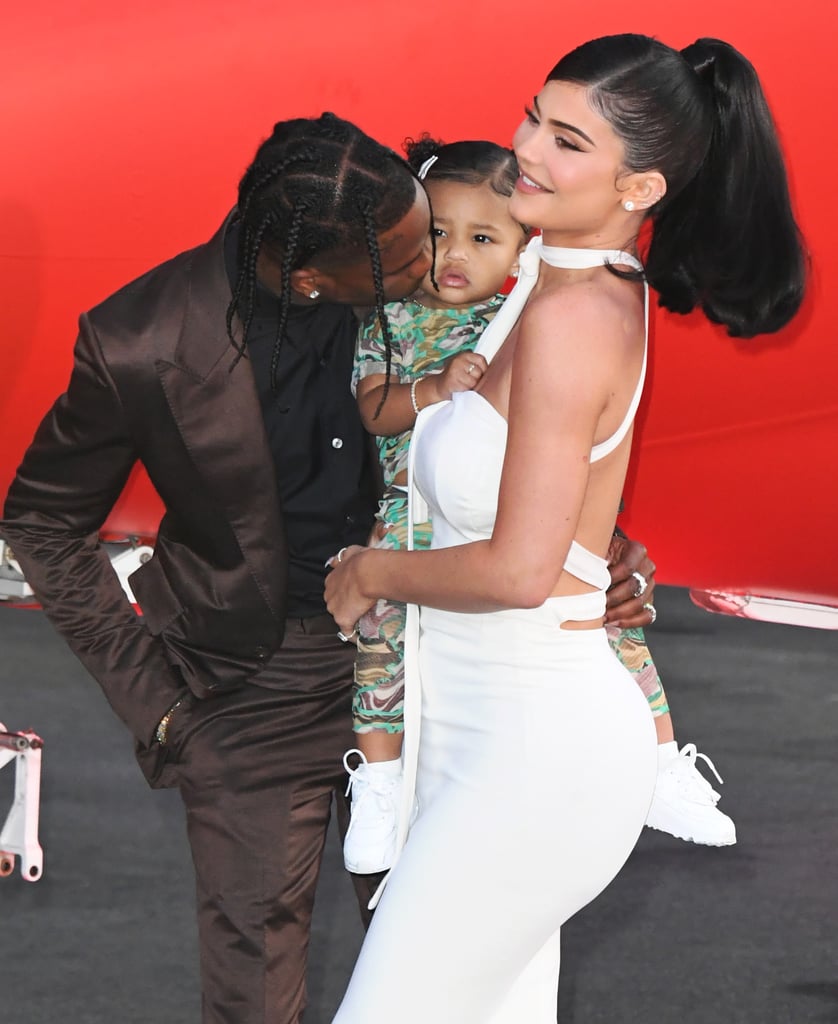 On Tuesday night, Stormi Webster made her first of (what we can only assume) many red carpet appearances at the premiere for her dad's new Netflix documentary, Travis Scott: Look Mom I Can Fly. Perched on her mom, Kylie Jenner's hip, the one-year-old wore an adorable camouflage set with little white sneakers, and what appears to be a diamond bracelet with matching sparkling ring. Seriously, this kid is way more fashionable than us, but we'd expect nothing less from the youngest Jenner's child. Stormi appeared nervous at first, but there was obviously a lot of love on the red carpet, with both Scott and Jenner exchanging kisses, and Scott kissing his daughter on the cheek multiple times as the trio made their way down the red carpet.

The documentary follows Scott's journey from his come-up in 2014 with a show turnout of only 25 people, to his 2019 Super Bowl halftime show, where he performed to millions of screaming fans. Our first hint that the one-year-old will feature in the documentary is her appearance on the promotional page for Travis Scott: Look Mom I Can Fly, where Stormi is pictured sitting in a child's car, looking back at her dad as she drives along a road leading into a larger-than-life inflatable version of Scott's mouth — the same one that appears on the Astroworld album cover. The trailer leaves no room for interpretation, with intimate scenes of Scott with both Jenner and Stormi peppered throughout.

The documentary, Travis Scott: Look Mom I Can Fly is scheduled to drop onto Netflix this August.