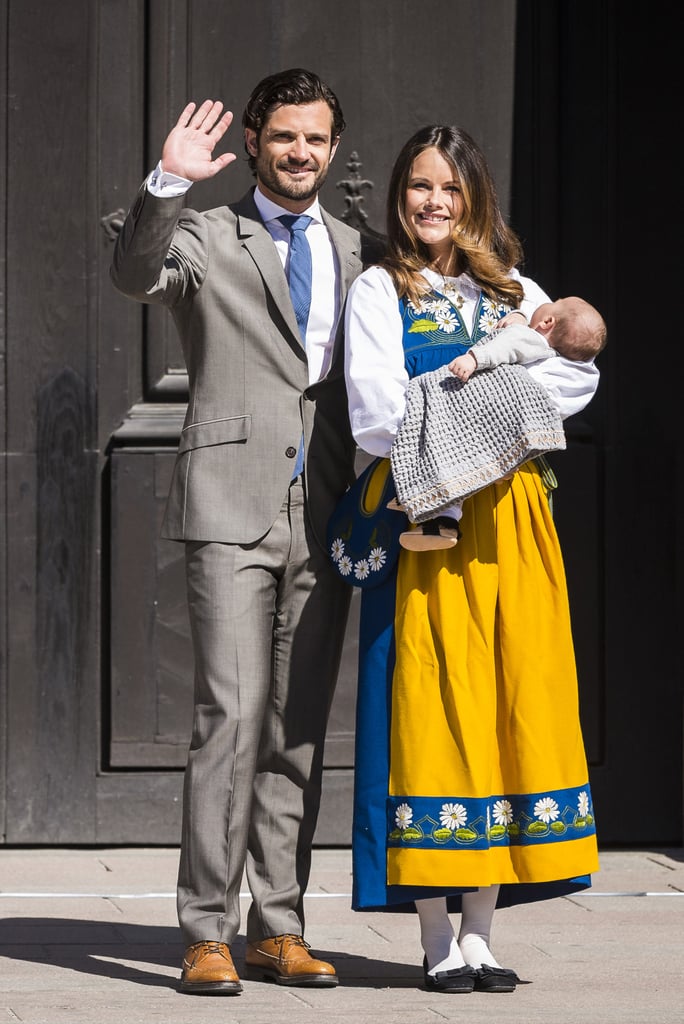 Prince Alexander is not even two months old yet, but he is already quite the public figure! The little royal made his first official public appearance in Stockholm on Monday for the National Day celebrations. Alexander was joined by his parents, Prince Carl Philip and Princess Sofia, as the family of three waved and spoke to the gathered crowd. Also in attendance were Alexander's cousin, Princess Estelle, and her parents, Prince Daniel and Princess Victoria. While Alexander stayed bundled up safely in his mother's arms, Estelle — who, along with the rest of her famous family, wore traditional Swedish clothing — rode in a carriage. While Prince Oscar sadly didn't appear to be a part of the big day, he did catch up with his big sister after the festivities. Oscar, who was christened last month, cuddled up to Estelle in the grass in a photo released by the Swedish Royal Court. Such a sweet family!