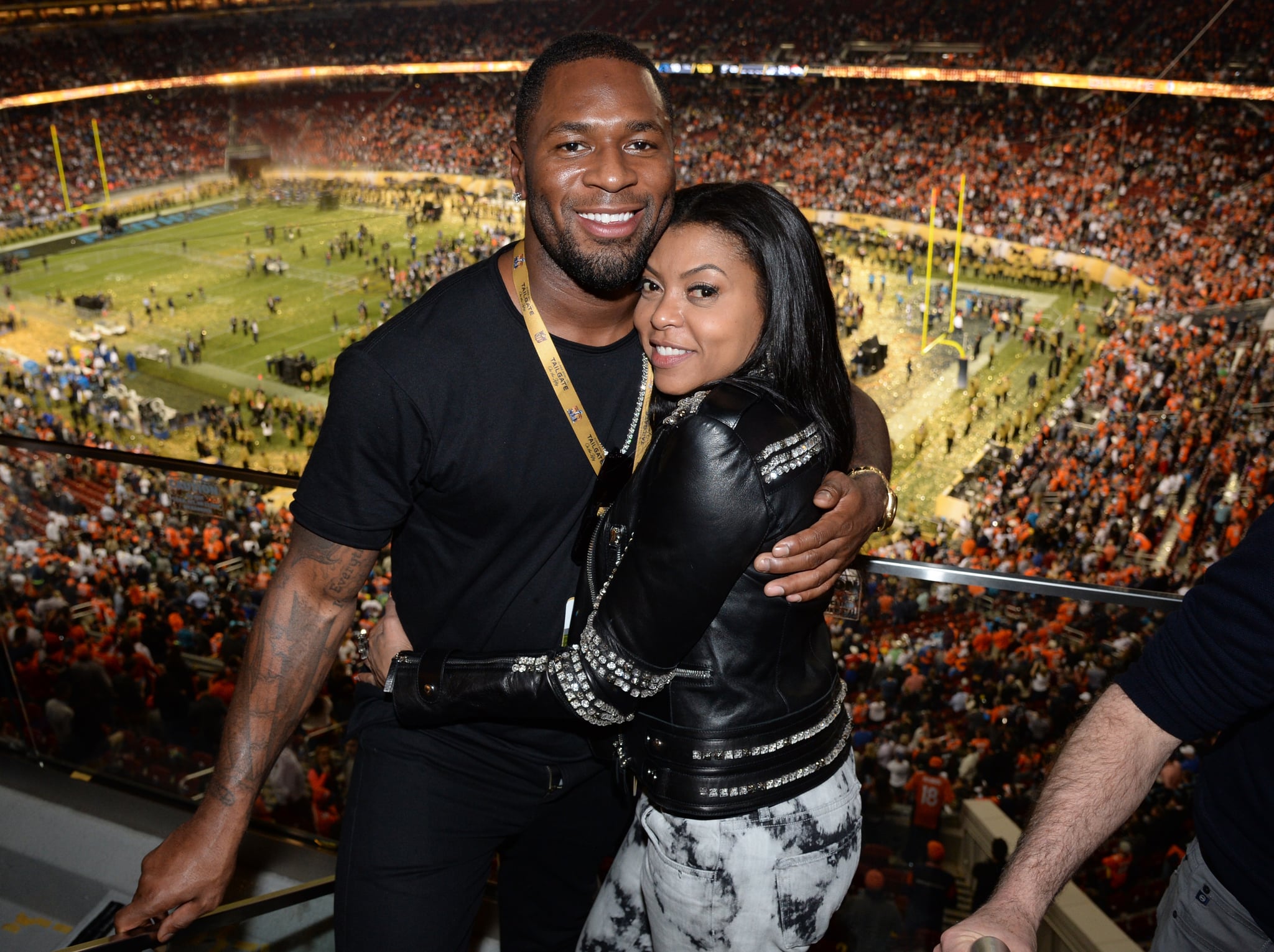 Taraji P. Henson is off the market and she couldn't be happier! On Monday, the Empire star announced that she's engaged to former NFL star Kelvin Hayden. Aside from giving us a glimpse of her gorgeous ring, she also shared a sweet story about the proposal. "I said yes y'all!!!" she wrote on Instagram. "He started with the Cartier love bracelet BUT that was my #Mothersday gift and then he dropped to his knee and I almost passed out!!! 😩😩😂😂😂#sheisofficiallyoffthemarket and she is sooooooooooooo HAPPY!!!!!! #GODIS 💍💋💋💋" Taraji is already mom to a 24-year-old son named Marcel Johnson from a previous relationship.

The couple first sparked romance rumors in December when they were spotted holding hands on the beach in Miami. While they have kept their romance out of the spotlight, they have given us glimpse of their love from time to time. Congrats to the happy couple!