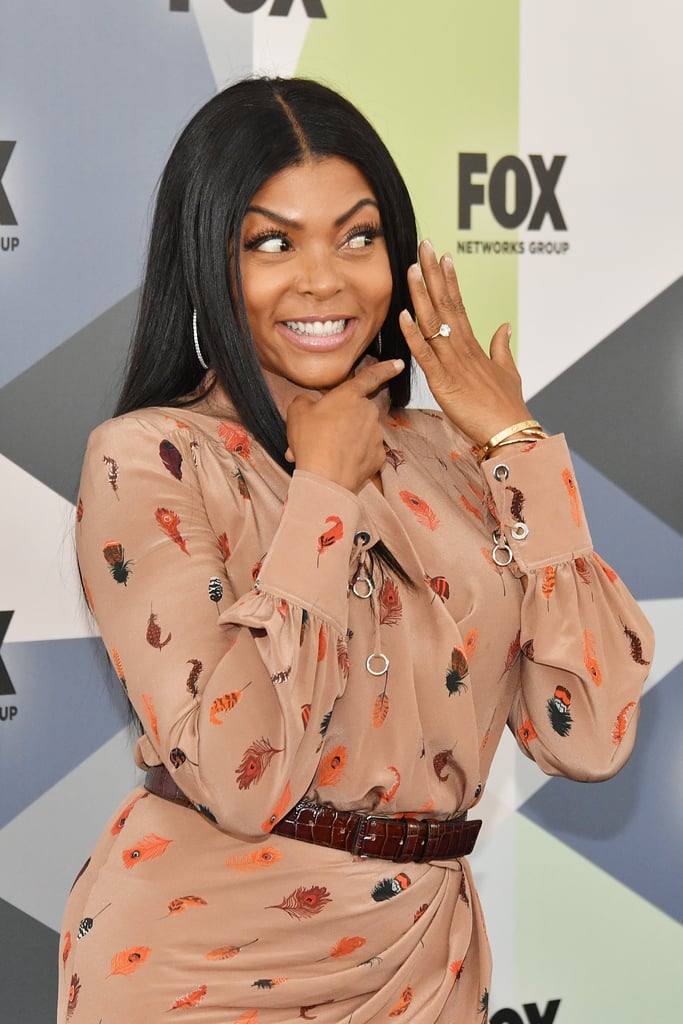 Taraji P. Henson flashed her stunning new engagement ring — as well as a huge smile to go along with it — while on the red carpet at the Fox Upfronts event in NYC on Monday. The 47-year-old Empire star was beaming as she posed for photos with her gorgeous new accessory. Earlier that day, Taraji announced her engagement to former NFL player Kelvin Hayden in an Instagram post. "I said yes y'all!!!" she captioned a snap of her ring. "He started with the Cartier love bracelet BUT that was my #Mothersday gift and then he dropped to his knee and I almost passed out!!!"

Taraji and Kelvin were first spotted together on the beach in Miami back in December 2015. Kelvin played in the NFL until 2014, when he retired due to an injury. The 34-year-old owns a gym in Chicago with fellow former football player Jason Davis. Keep reading to see more photos of a jubilant Taraji with her new rock.