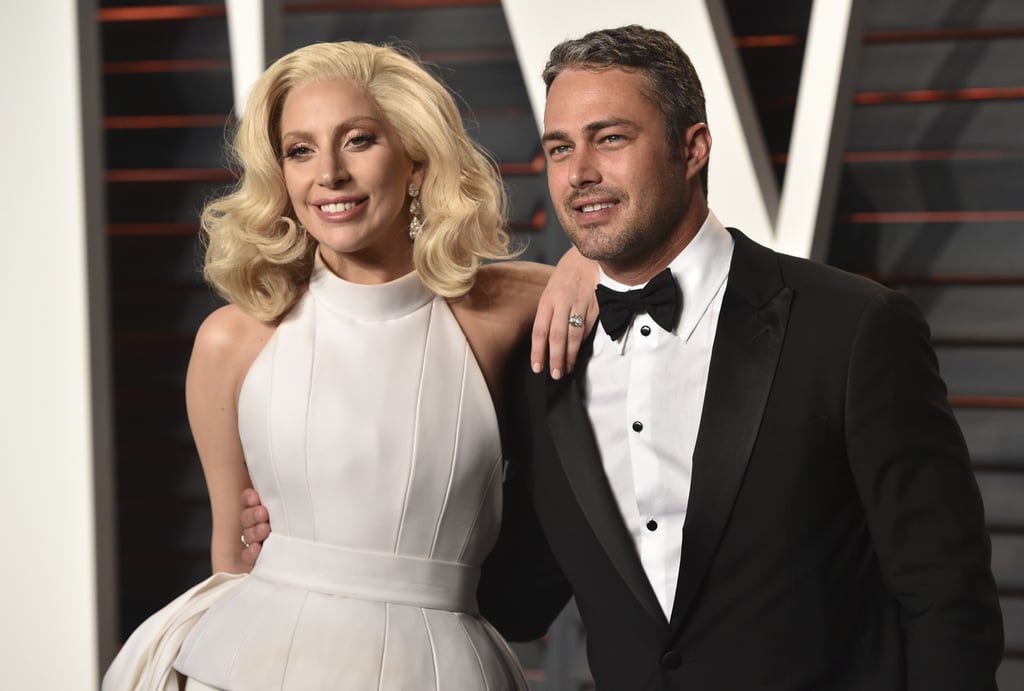 Lady Gaga still has a huge fan in former fiancé Taylor Kinney. The 37-year-old Chicago Fire actor recently praised his ex and her role in A Star Is Born in an interview with Us Weekly, saying he "couldn't be more proud."

"I know what went into it, it's been a long time coming . . . It's been years . . . to see what people go through to be in that, you can kind of let the masses make decisions," Taylor revealed. Though he hasn't had a chance to see the film he said "I know in my heart it's gonna be great. And I know that she gave her all."

He also has a firm belief that Gaga's "in good hands" with director and costar Bradley Cooper. "I know it's his directorial debut and I wish all of them the best. I hope it really does really well," he said.

Taylor and Gaga called off their engagement back in June 2016, and she's since moved on with her agent Christian Carino, but that hasn't kept the former couple from staying close friends. After their breakup, Taylor would still hang out with Gaga's mom and attended her concerts. That's how you stay friends with an ex, folks! If you're still having trouble letting go of Taylor and Gaga's love, even two years later, keep reading to see more snaps of their cutest moments.