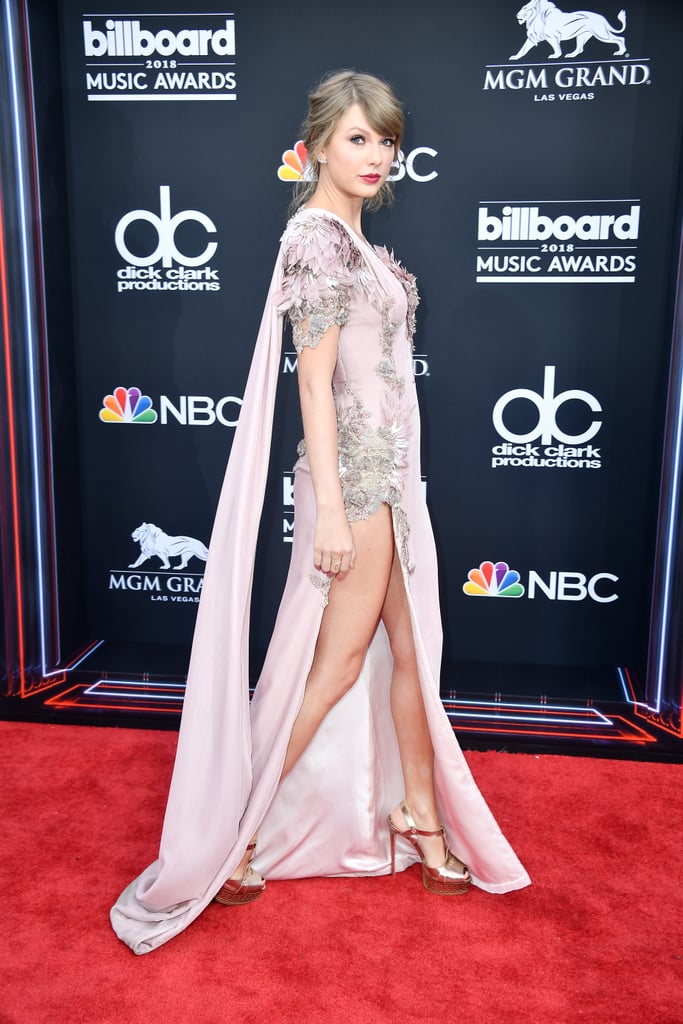 She's backkk! On Sunday, Taylor Swift surprised everyone by attending the Billboard Music Awards in Las Vegas, marking her first red carpet since 2016. Wearing a gorgeous lavender dress, Tay gave a sly smile as she posed for the cameras. Even though the "Delicate" singer has been keeping out of the spotlight in recent years, she's certainly been keeping busy. Aside from releasing her sixth studio album, Reputation, last year, she is currently selling out stadiums with her Reputation tour.

Taylor is up for a handful of awards, including top artist, but we're secretly hoping she'll grace us with a performance. Seeing that Taylor's opening act Camila Cabello is set to perform during the show, maybe they'll do a surprise duet! See more pictures from her red carpet appearance below.