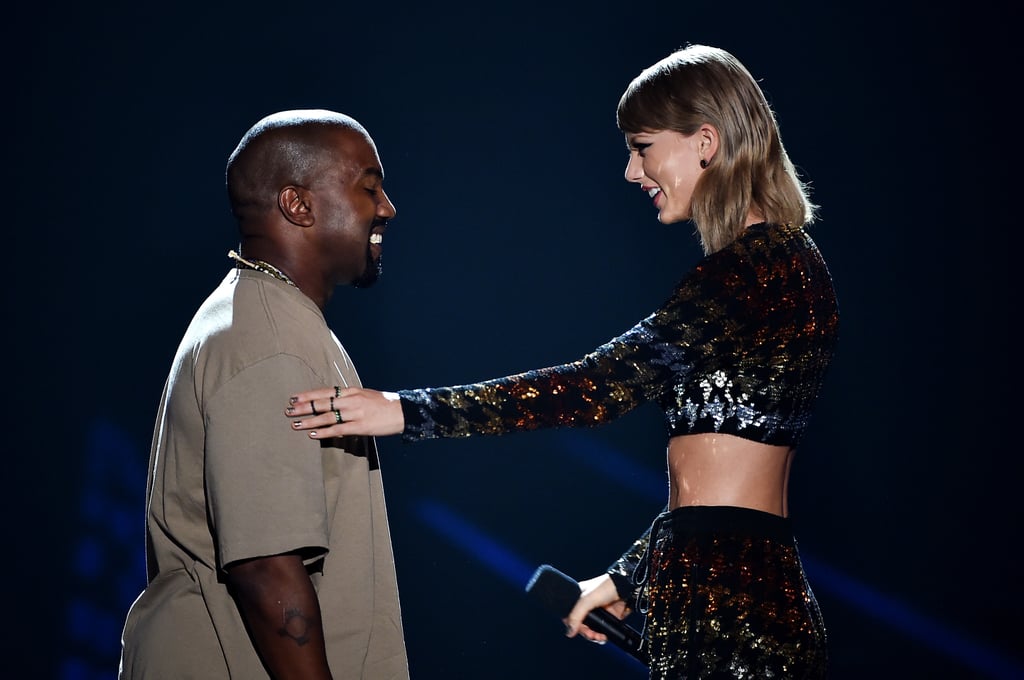 How Did We Get Here? A Timeline of the Taylor Swift and Kanye West Drama

This week, the seven-year feud between Taylor Swift and Kanye West reignited with a new and fiery fervor. It's been less than a week since Kim Kardashian threw her hat in the ring, but the reality star dealt a devastating blow when she posted Taylor and Kanye's phone conversation on Snapchat, proving that the infamous phone call really did take place. In the wake of the drama, many celebrities have weighed in with their own thoughts, and Taylor's fans have rallied behind her with support. And, on a random note, the whole ordeal has hurled Khloé Kardashian and Chloë Grace Moretz into a feud of their own. All this begs the question, how the hell did we get here? You'll likely remember the 2009 MTV VMAs debacle that started it all, but there has been plenty of fuel on the fire in between.