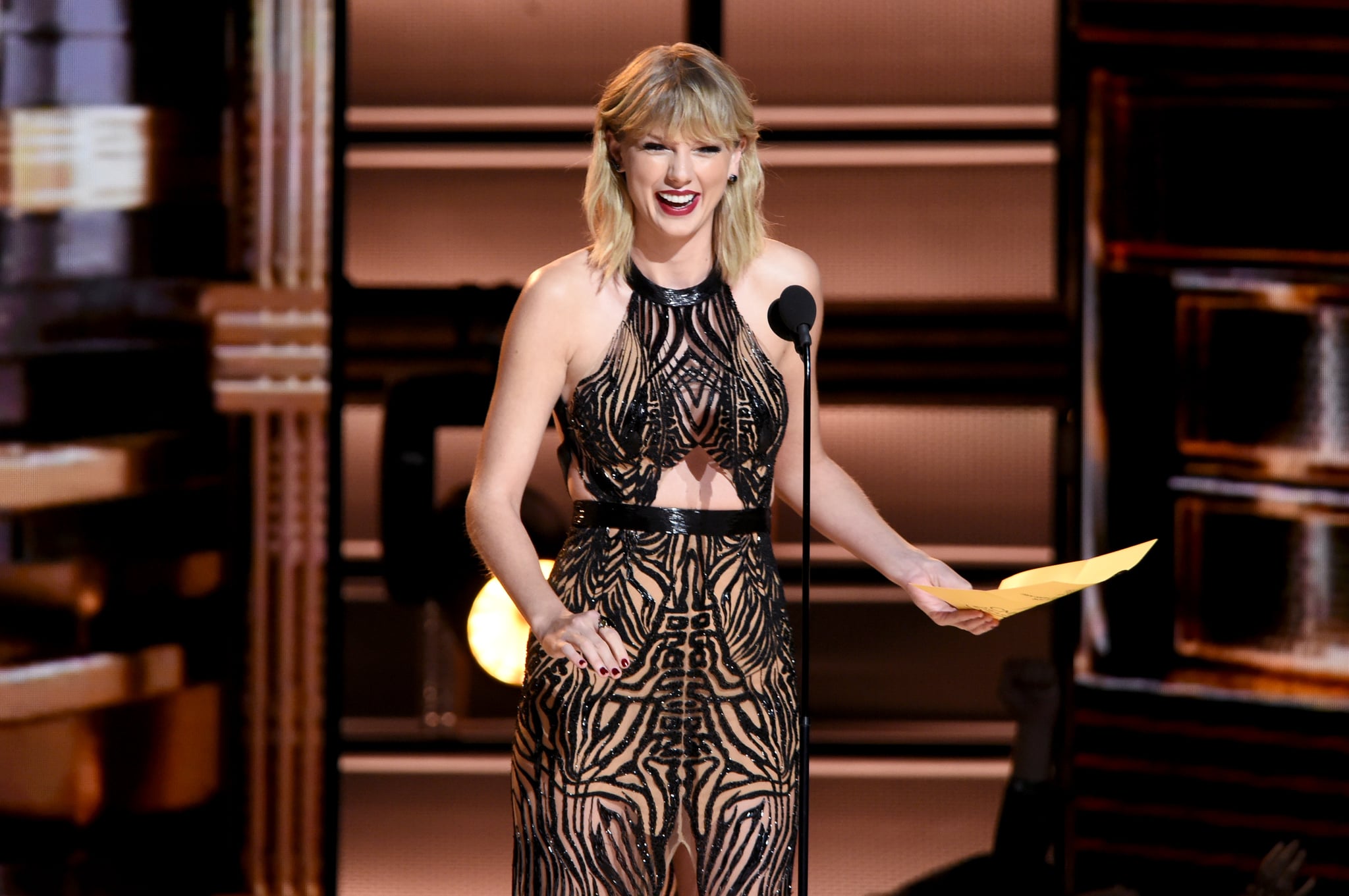 Taylor Swift is one of the biggest pop artists in the music industry, but her roots will always be with country music. At the CMA Awards on Wednesday night, just a few days before the release of her album Reputation, the "Look What You Made Me Do" singer nabbed song of the year for writing Little Big Town's "Better Man." Coincidentally, the award was presented by her longtime famous friend, Karlie Kloss. Even though she opted to skip out, as she's done with most events this year, the band made sure to give her a special shoutout during their speech.

The last time Swift was nominated for a CMA was almost three years ago for Red, her final country album before going full pop. Over the years, she has earned a whopping 12 wins! Even though she's not technically a "country artist" anymore, it's clear she will always have a special place in her heart for Nashville. Just last year, she returned to the CMAs stage to present Garth Brooks with the entertainer of the year award, an honor she's received twice. Congrats to Swift on yet another big achievement!