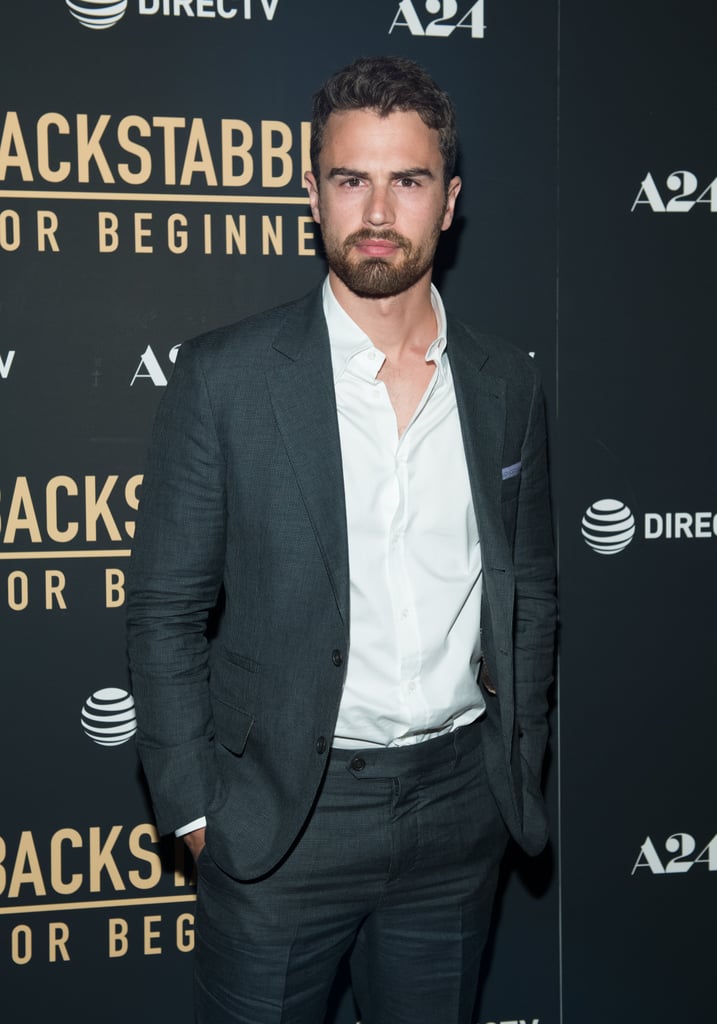 After waiting with bated breath for almost two years for Theo James to return to the red carpet, guys, it's finally happened! On Tuesday, the 33-year-old actor attended the NYC premiere of his new film, Backstabbing For Beginners, and he looked all sorts of hot. In addition to staring straight into our soul with his sexy smolder, Theo cut a suave figure in a dark suit and white button-down as he posed for the cameras with director Per Fly, producer Nikolaj Vibe Michelsen, and author Michael Soussan. The last time we saw Theo was at Comic-Con in NYC back in October 2016 — can you believe it's been that long?

Even though Theo has been out of the spotlight, he's actually been busy working on new projects. In addition to Backstabbing For Beginners, he'll also be starring alongside Emily Ratajkowski in the thriller Lying and Stealing and alongside Christina Aguilera and Rashida Jones in the sci-fi romance Zoe. Um, excuse us while we try to pull ourselves together.