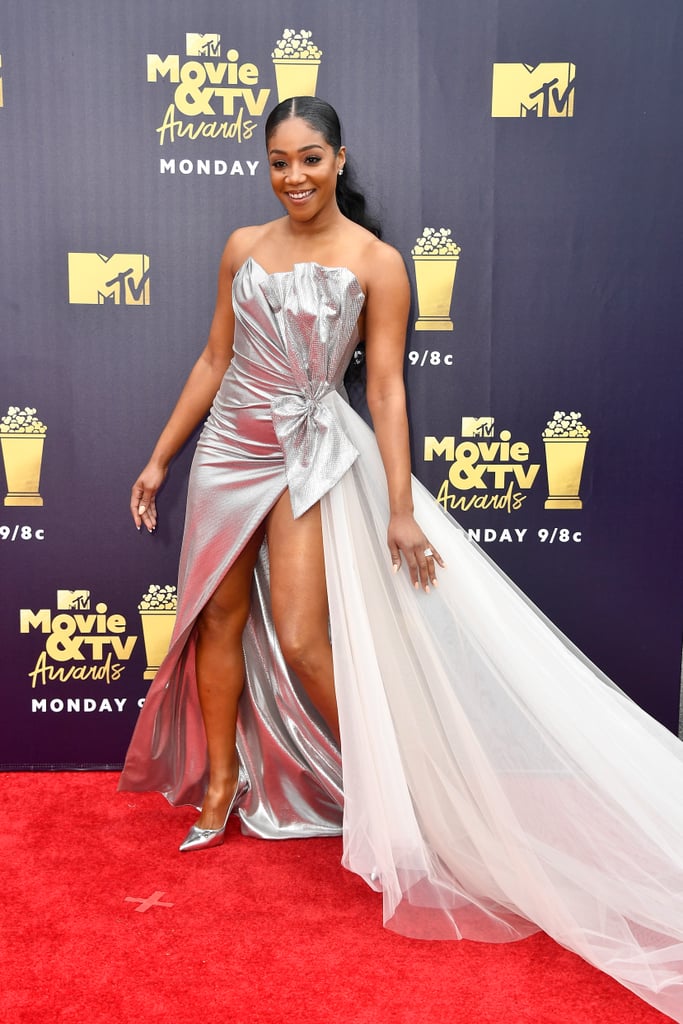 Tiffany Haddish stunned when she hit the red carpet for her big night at the MTV Movie and TV Awards in LA on Saturday. Not only did it mark her first-ever appearance at the show, but she also made history as the show's first black female host since the MTV award show began in 1992. When she announced that she'd be hosting the show back in February, she promised it would be hilarious, and with Tiffany, you know that's going to be true. The comedian and actress recently cracked up the crowd when she appeared at POPSUGAR Play/Ground, and you can't help but laugh at some of the hilarious things she shared with us. Check out all the best pictures from Tiffany Haddish's fun night at the MTV Movie and TV Awards.