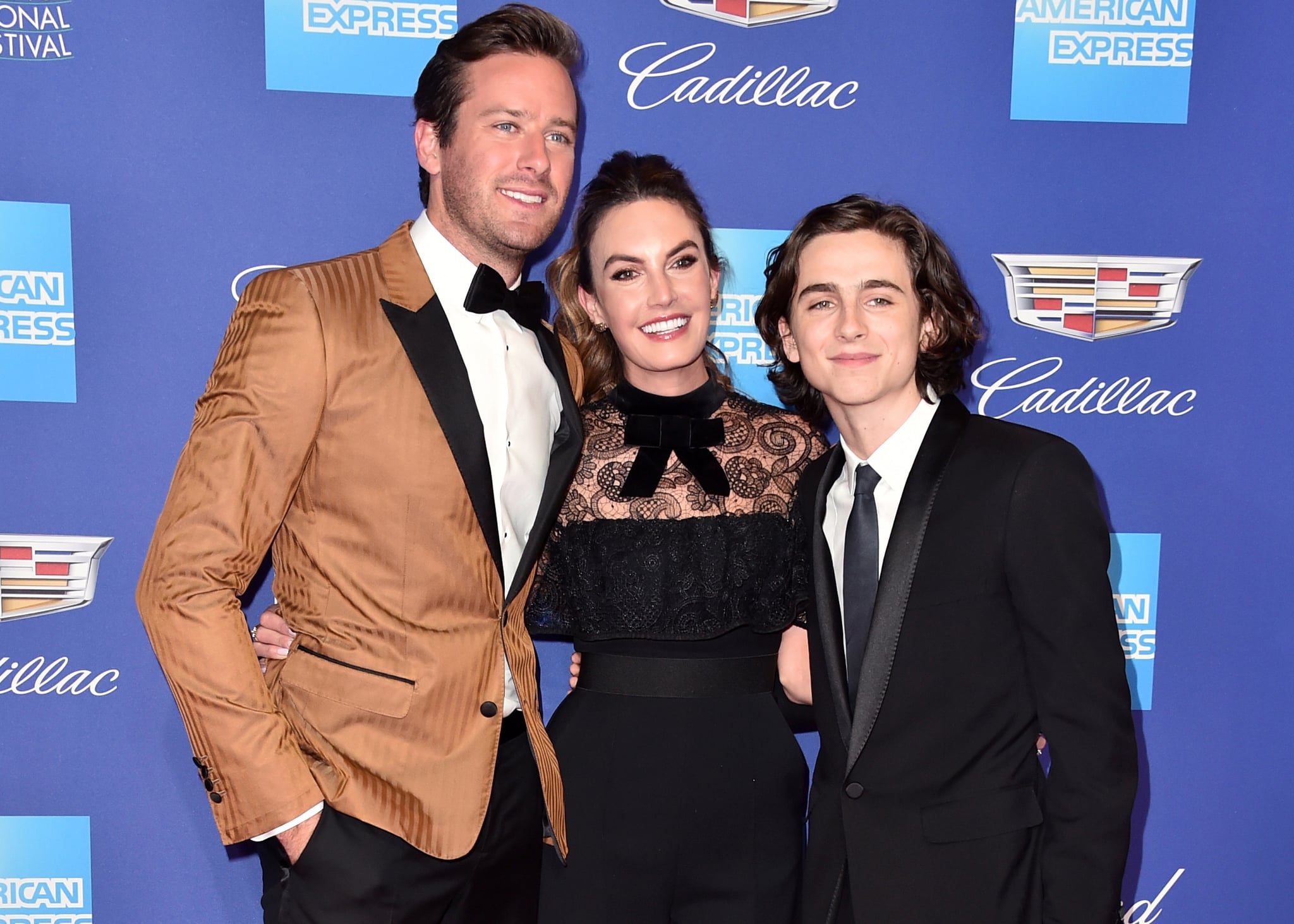 Timothée Chalamet and Armie Hammer have incredible chemistry in Call Me by Your Name, but it wouldn't be possible without Elizabeth Chambers. While accepting the rising star award at the Palm Springs International Film Festival Awards Gala on Tuesday, the 22-year-old gave a hilarious shoutout to his costar's wife during his impassioned speech. "It's truly an awesome feeling to get to be in the Rising Stars category tonight alongside Gal Gadot," he began. "Gal, your film has literally made 250 times more money than my movie has. I'm left feeling a little insecure, unqualified to be up here but it's okay. Armie, it's a lot easier to be up here because you're one of my best buddies."

"Seriously I'm grateful for your big brotherhood and your guidance and your friendship," he continued. "To have someone in your position, and as talented as you are, be a mentor to me for the last two years is invaluable to me. I really mean it, man." After gushing about his bromance with Armie, Timothée then turned to his wife, Elizabeth. "And special thanks to Armie's wife, Elizabeth Chambers, who is here tonight, as well, who is as crucial to this process as anyone," he said, before joking, "And for letting me crawl all over your husband for two months. Thank you for that."