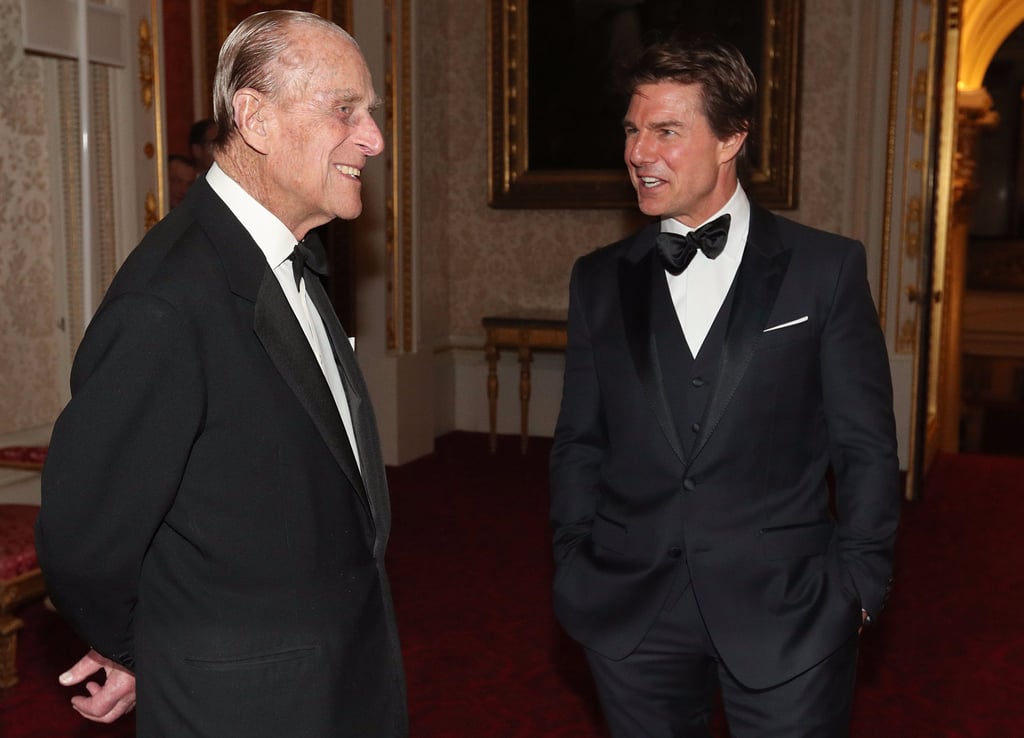 Tom Cruise may be a huge Hollywood star, but he still gets starstruck over the royal family. During a dinner for the 75th anniversary of the Outward Bound Trust, a charity that helps young people reach their fullest potentials, the actor met with Prince Philip at Buckingham Palace, and the pictures pretty much speak for themselves. Wearing a black suit and bow tie, Tom was practically beaming as he shook the Duke of Edinburgh's hand during the event. Let's just say, the Mission Impossible star isn't the only celebrity to get excited about meeting a royal.