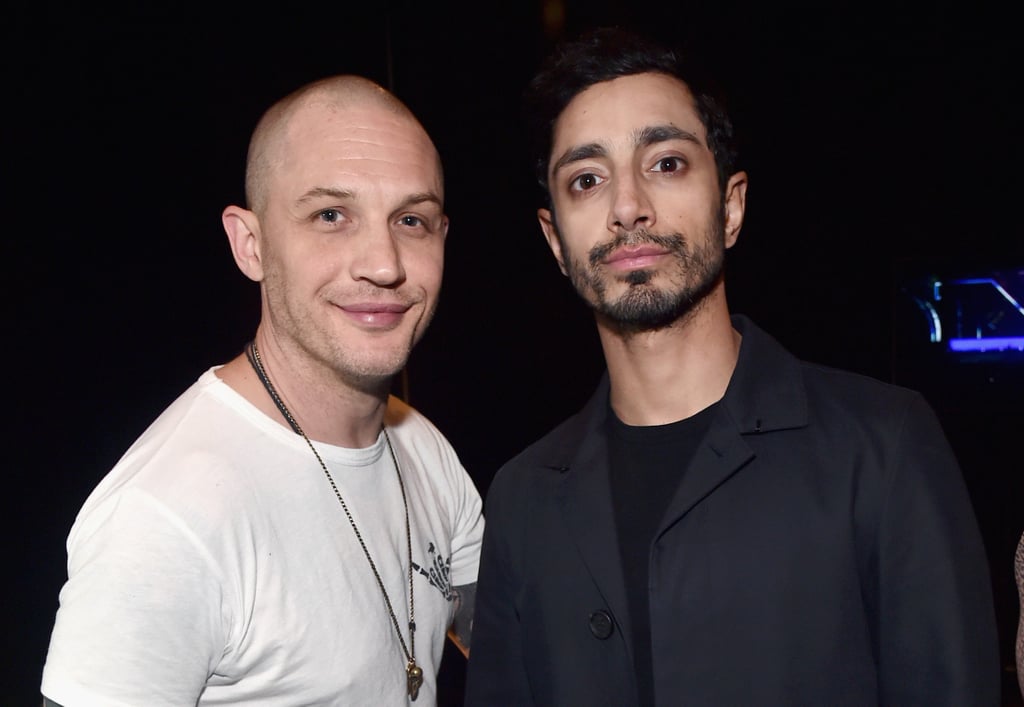 Tom Hardy's given us a number of behind-the-scenes glimpses at his transformation into Al Capone for the upcoming film Fonzo recently, and part of his preparation for the role involved shaving off all his hair. It's not the first time Tom's reached for the clippers but this is definitely one of his more drastic role-related makeovers. When he attended CinemaCon on Monday alongside his Venom costars Michelle Williams and Riz Ahmed and director Ruben Fleischer, he ditched his baseball cap for a short while, giving us a proper look at his new 'do (or lack thereof). Is he still the most fanciable man in Britain? Well, if you don't think so, just remember that hair grows back!