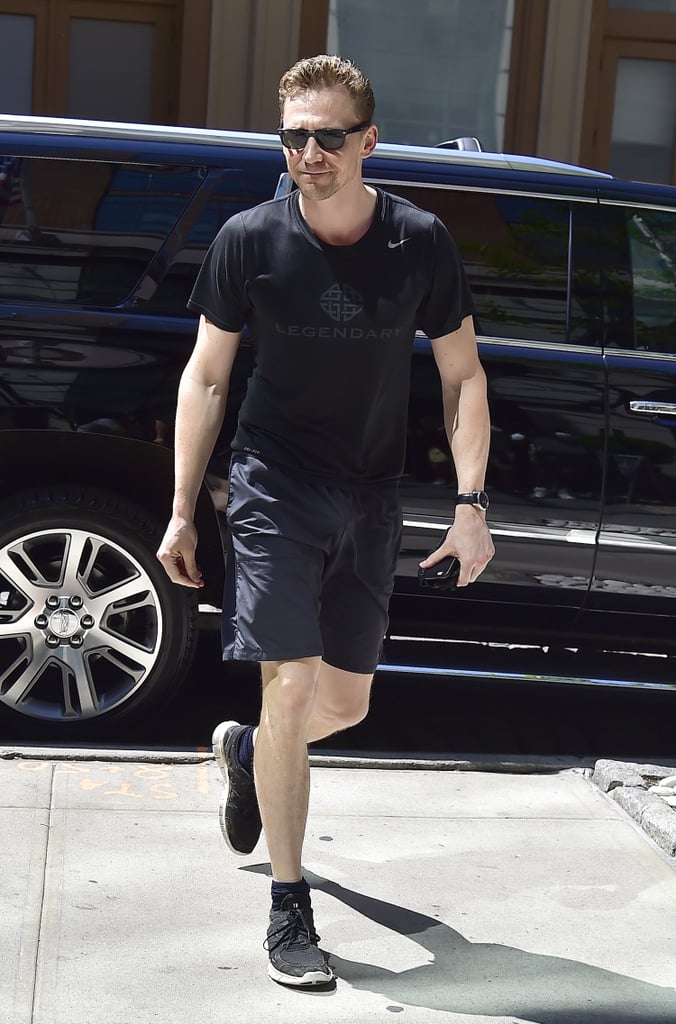 Just a few days after photos of Tom Hiddleston and Taylor Swift looking like way more than friends (read: making out on a beach in Rhode Island) set the internet ablaze, the Kong: Skull Island actor was spotted out and about in NYC's SoHo neighborhood. Tom appeared to be fresh off a gym session, wearing some black athletic clothes and sneakers, and carrying a postworkout smoothie. Although Tom and Taylor — who first crossed paths at the Met Gala in May — have yet to officially confirm their relationship, sources tell E! News that "Taylor is hanging out with Tom. Nothing serious is going on but she is talking to him. They have been out a few times she really enjoys his company. She is not looking to jump into anything this fast, but will take things as it goes nice and slowly." With projects like Thor: Ragnarok and the King Kong reboot on the calendar, Tom sure is keeping busy.