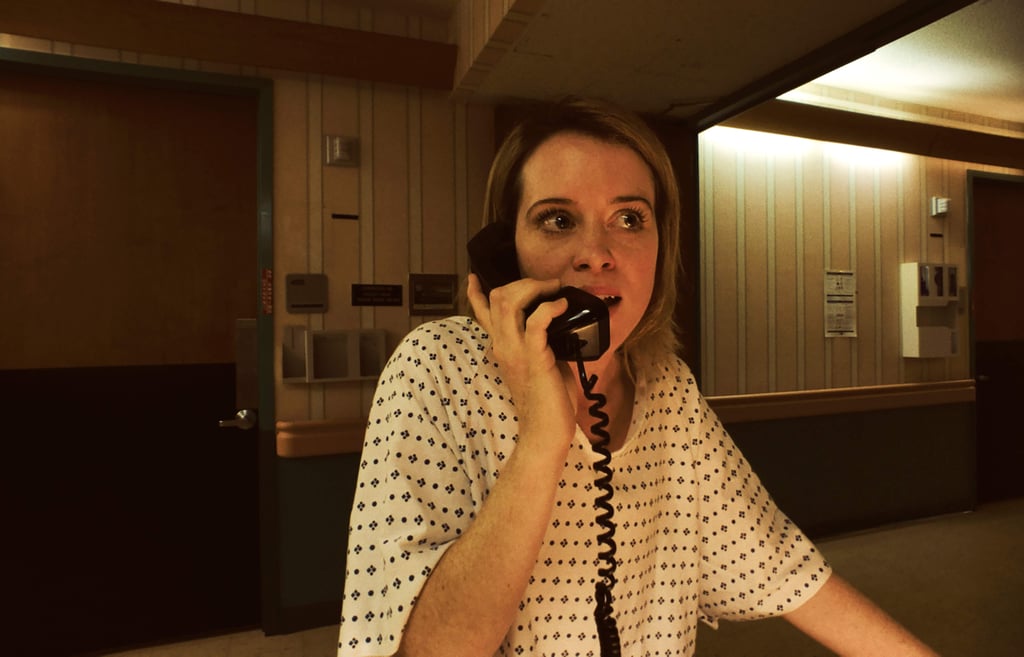 Apparently, Claire Foy Didn't Need Much Direction to Play a Woman in a Mental Institution in Unsane

You think you know someone …

By now, you'll be obsessed with Claire Foy off-screen as you are with her on-screen in the hit Netflix original show, The Crown. But if you thought you knew everything the actress was capable of as she took us through decades of Queen Elizabeth II's life over the last two seasons, there's plenty more where that came from.

Foy, 34, proves that she's anything but one of those actresses who can only portray one type of character in her new motion picture, Unsane. Shot over a short two weeks, compared to ten months on The Crown Season 2, forget what you think she sounds like because the star plays an American woman who has been confined to a mental institution but is convinced she isn't meant to be there.

It's a far cry from playing the poised British royal but that's what attracted directer Steven Soderbergh to her in the first place.

"I'd only seen her play Queen Elizabeth, which is a much more reserved character, in addition to being British. And Claire's willingness to kind of dive in and play this somewhat unhinged American character was part of what attracted me to her as an actor," he admits in this POPSUGAR Middle East exclusive interview.

"I'd first saw Claire accepting an award at the Golden Globes on television; clearly surprised and unprepared, and found her very charming and made a note: oh, I should watch that show that she just won that award for. Which I did and thought she was really terrific.

"But she seemed in that unguarded moment, very different than what she was being asked to portray in the TV series. And that's what got me thinking maybe she'd be interested in playing a part that kind of annihilates everything she'd done in The Crown … And she viewed Unsane as kind of a welcome vacation from that."

In fact, Foy needed barely any direction when it came to her very animated performance as Sawyer Valentini. They shot the movie on a camera phone, proving that although Foy is an award-winning actress who has catapulted to fame since big-money The Crown, she's totally willing to get involved in low-budget motion pictures for the right role.