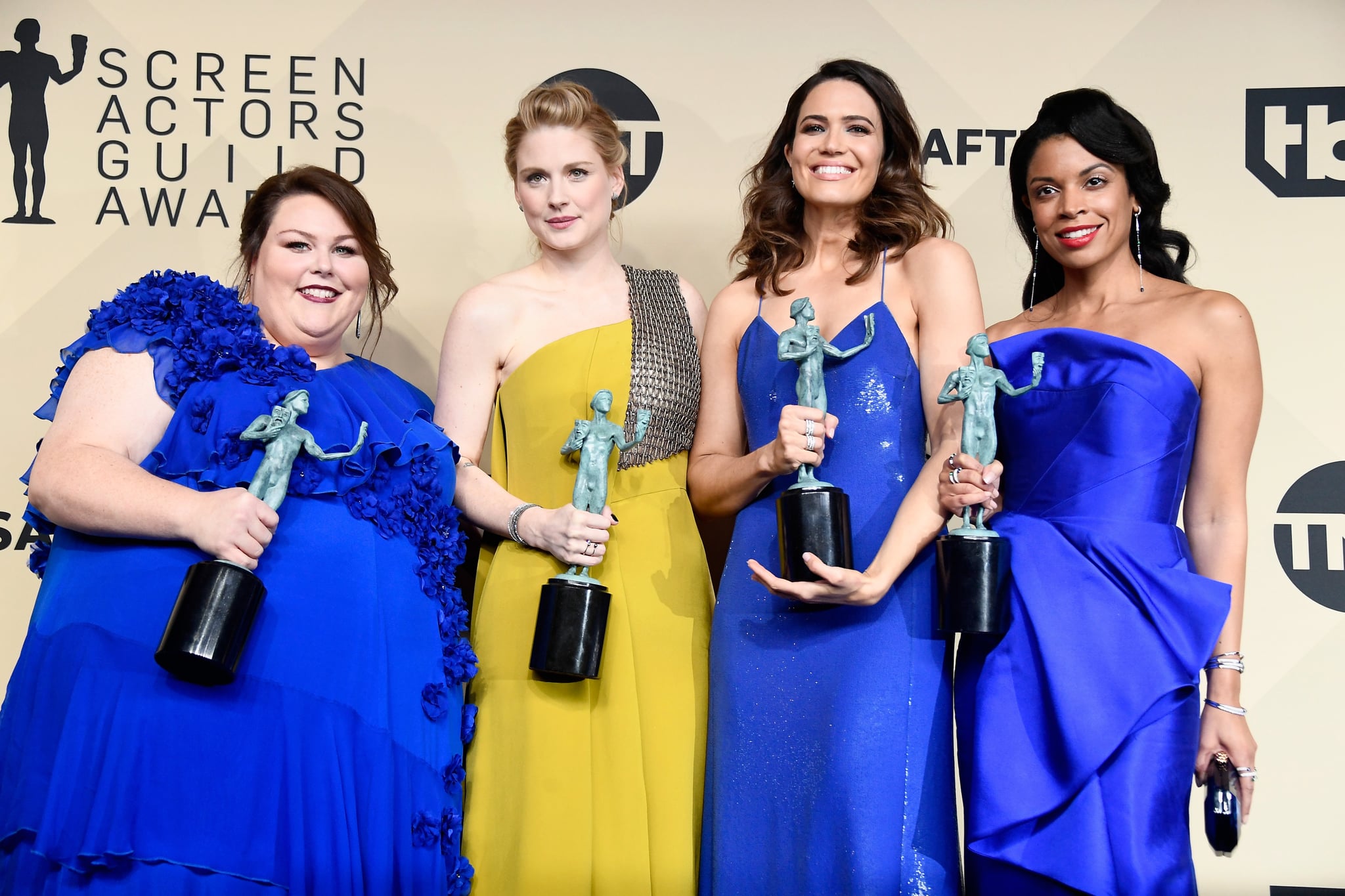 At Sunday night's SAG Awards in LA, the cast of This Is Us won big. Not only did Sterling K. Brown make history as the first black man to win for outstanding performance by a male actor in a drama category, but the whole cast got an amazing surprise: they all made it on the winners list for outstanding performance by an ensemble cast in a TV drama. Sterling was quick to gush about his This Is Us family when he stepped backstage to field questions in the press room, and before long, the rest of the cast joined him as well.

Amid all the celebration, one journalist asked the cast about the Time's Up initiative, which is aiming to make real changes in the workplace, in Hollywood, and beyond. Specifically, what would they say to young women who are trying to get into the industry? Naturally, Mandy Moore and Susan Kelechi Watson, who respectively play Rebecca and Beth on This Is Us, weighed in with their thoughts. "I'm honored to support the movement," Mandy said. "I think everyone on this stage is honored to support the movement. I think we all feel encouraged by the momentum forward, and that it's a conversation, and that we all can participate and be agents of change."

For Susan, the Time's Up movement is about so much more. She's hoping to pave the way for the next generation of actresses in the same way the previous generations paved the way for her. She said:

"What I would say to young women is that the times, they are a-changin'. That there are some people who are paving a pathway through their own courageousness. There are visionaries who now see a new way to go and be in this industry. And also, it's not some competition between men and women. That there's just the need to be seen in the same light and the same respect and equally. And so, just like women before me paved the way for me to be just a normal black woman on television that resonates with any culture . . . the way is being paved for women to be able to showcase their talents without having to sacrifice any of their own self-respect. So, I think that's the way the tide is going."

We couldn't have put it better ourselves.