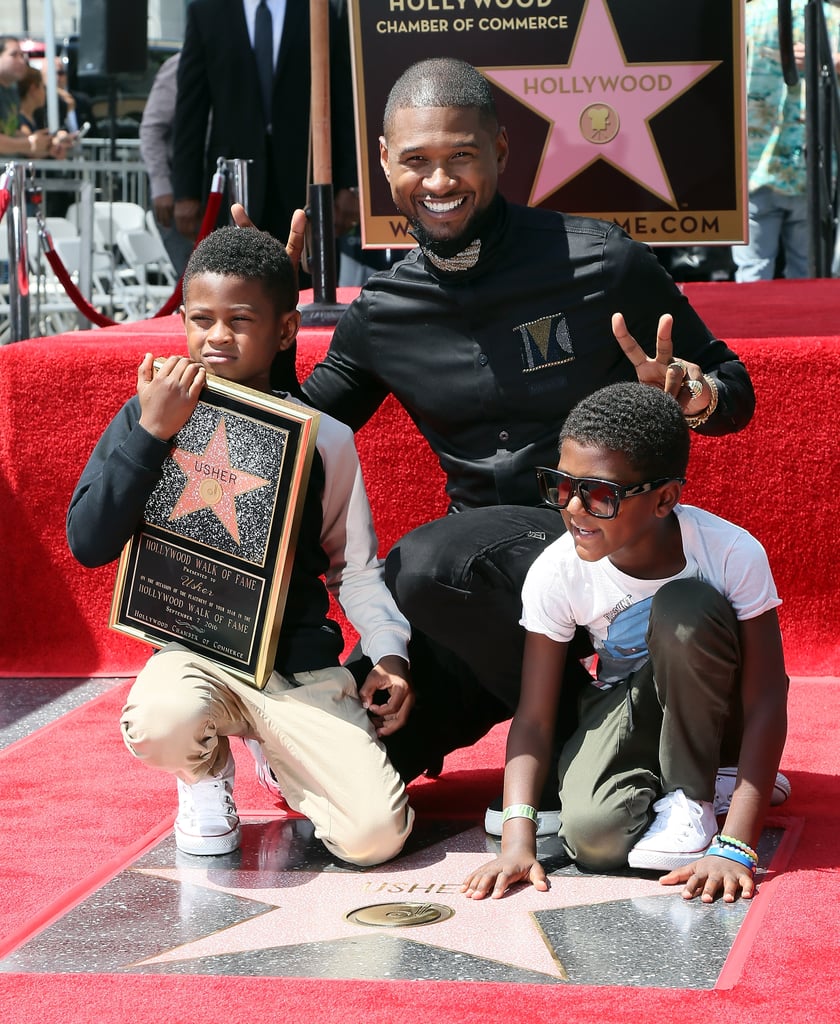 Usher had two very special guests at his Hollywood Walk of Fame star ceremony in LA on Wednesday afternoon: his two sons, 7-year-old Naviyd and 8-year-old Usher Raymond V. The R&B singer was honored with the 2,588th star for being "one of the most successful artists of our modern music world," but it was his kids, whom he shares with ex-wife Tameka Foster, who ended up stealing the show. After receiving his star, Usher celebrated his accomplishment by showering Naviyd and little Usher with kisses and posing for pictures together. At one point, his boys got silly and held up bunny ears over their dad's head.