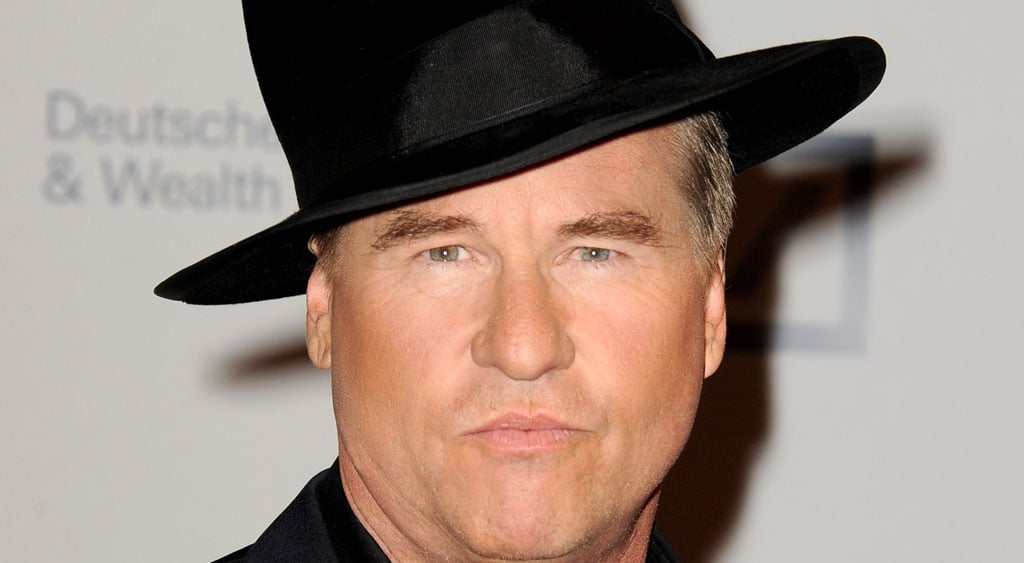 After years of speculation that Val Kilmer has been dealing with health issues, the actor decided to finally open up about what exactly he's been going through during a recent Reddit AMA session. After one user asked Val about Michael Douglas publicly saying Val was battling throat cancer back in October, Val confirmed his illness for the first time. "He was probably trying to help me because the press probably asked where I was these days, and I did have a healing of cancer," he said. "But my tongue is still swollen although healing all the time. Because I don't sound my normal self yet people think I may still be under the weather."

Michael, who is also a throat cancer survivor, had previously said that his The Ghost and the Darkness costar was "dealing with exactly what I had" and that "things don't look too good for him," adding, "My prayers are with him. That's why you haven't heard too much from Val lately." While rumors of Val's health swirled over the past few years, he continued to deny frequent hospital stays and "exaggerated" media reports. Either way, we're so glad that he's on the mend!