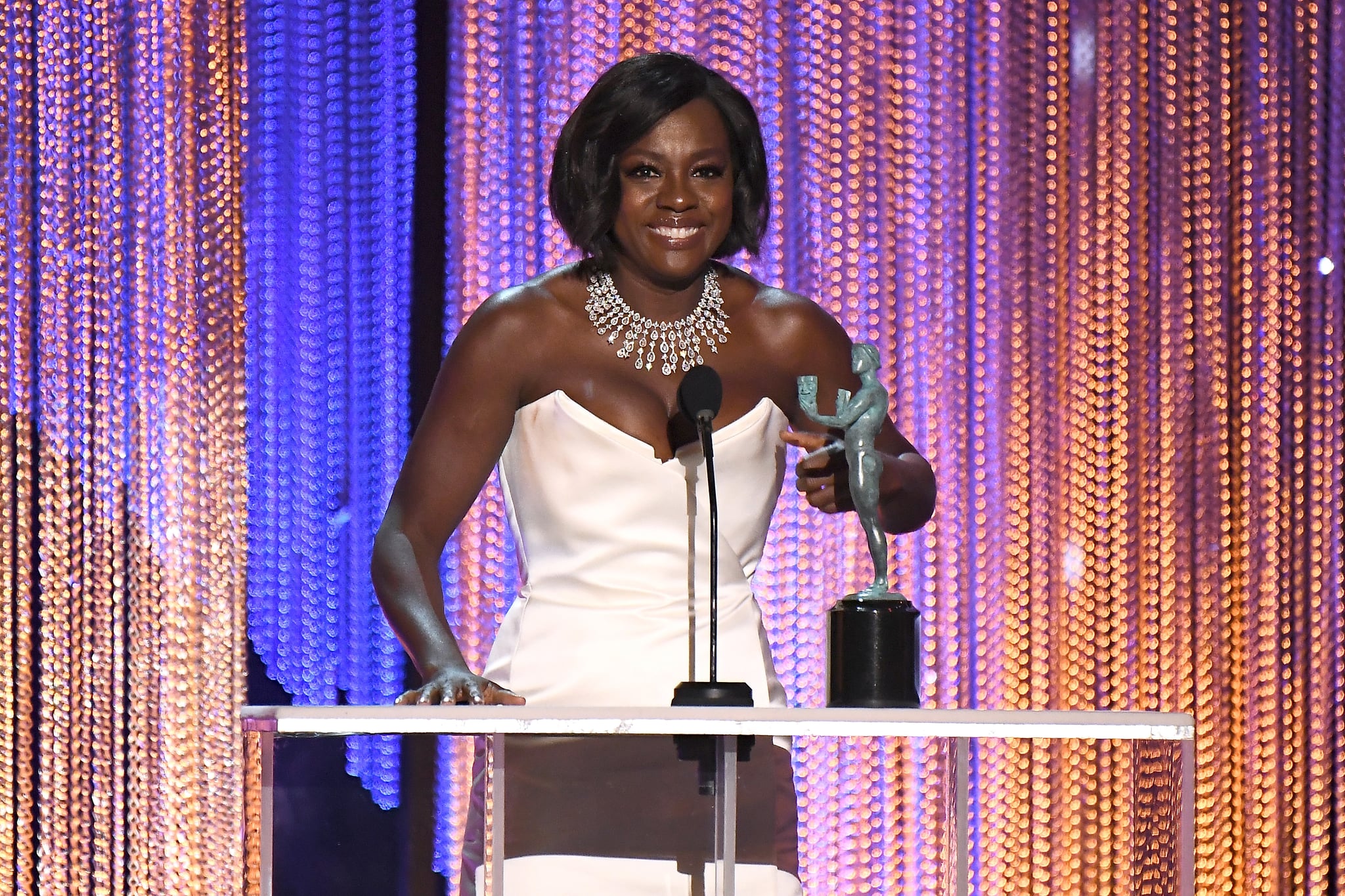 Viola Davis won best female actor at the 2017 SAG Awards and became the first black actress to ever win five SAG Awards. Viola previously took home two Screen Actors Guild awards for her performance in The Help in 2011, and two more in 2014 and 2015 for her role as Annalise Keating in How to Get Away With Murder. Her historic SAG win comes right after she became the first black actress to receive three Oscar nominations. Earlier this year, the Fences actress was given a star on the Hollywood Walk of Fame. Looks like 2017 is already shaping up to be her year. Congrats to Viola Davis on her historic win!