Christina Aguilera, Pharrell Williams, Adam Levine and Blake Shelton were back last night as The Voice Season 10 premiered on OSN. Unsurprisingly the Blind Auditions phase saw the show trending on Twitter across the region. Didn't catch it? Watch the performances that blew the world away right now - starting with the woman predicted to finally be the show's first female winner.

So much in common with Christina, she was on TV show Star Search and started singing aged 5, plus she starred in movie Curly Sue. Watch as things get a bit heated between Christina and Blake. There are tears AND a prediction that this will be the first female winner on the US version of the talent show.

Used to sing to with Blake at the Oklahoma Opry and manages to sneak a kiss with Christina in this clip. See Adam make fun of her excited stomping across the stage.

Angie Keilhauer - I Hold On

She's so good her family cheer louder than the audience according to Pharrell.

Caroline Burns - So far Away

The singer is only 15 years old but still has the judges fighting over her. But who will she choose?

The 16-year-old's voice is probably like nothing you've ever heard before. All four chairs spin for the unique take on Elton John's tune.

Shalyah Fearing - What Is Love?

Told she has the voice of someone who is not 15 (she is) but will the judges be convinced of her talent?

Abby Celso - Should've Been Us

After singing this Tori Kelly track, Adam claims this is the song he'll be singing if she doesn't pick him, but will she?

Mary Sarah - Where The Boys Are

She manages to get all four judges to hit their buzzers, so this performance is definitely worth pressing play for.

A lover of soulful music, as most of the judges also claim to be, all of them want her but who will she choose?

Paxton Ingram - Dancing On My own

Labeled "true greatness" by one of the judges, and told he pulled the emotion out of another. Don't be surprised if he does the same to you.

Looks like Craig David but sings like The Weeknd. Brian was on last season and returns for another shot at success.

The rocker performs an awesome guitar solo, so good they ask him to do it twice.

It can be a bit tricky when a contestant comes on singing a judge's song but it's not only Adam Levine on the panel...

Not many 23-year-olds are into Elvis and one of the judges feels they have made a mistake by not turning around.

The 27-year-old New Jersey guy impresses three of the panelists with his take on the John Mayer track but gets pulled up on his nerves. Who wouldn't be starstruck in front of those celebrities?

There's something about this 21-year-old singing this Tove Love tune that makes two of the judges instantly press their buttons. Watch him duet with Adam on guitar.

Things get awkward between the judges as they fight for whether a Country singer should go with a Country star. What do you think?.

Celebrity Style
Gwen Stefani's Gown Says "Fashion Icon," So Like, No Doubt That's What She Is
by Sarah Wasilak 11/11/19 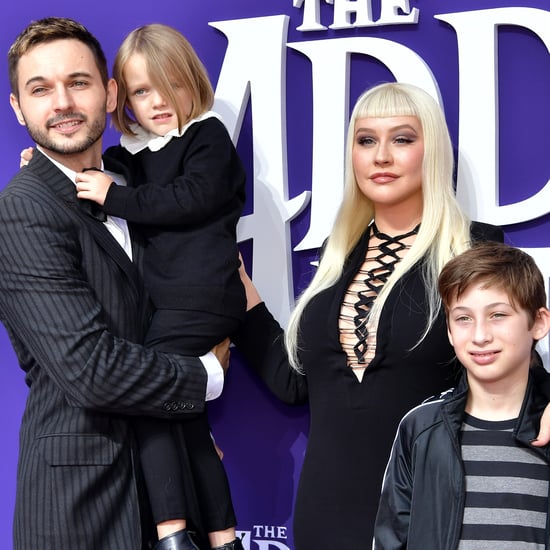