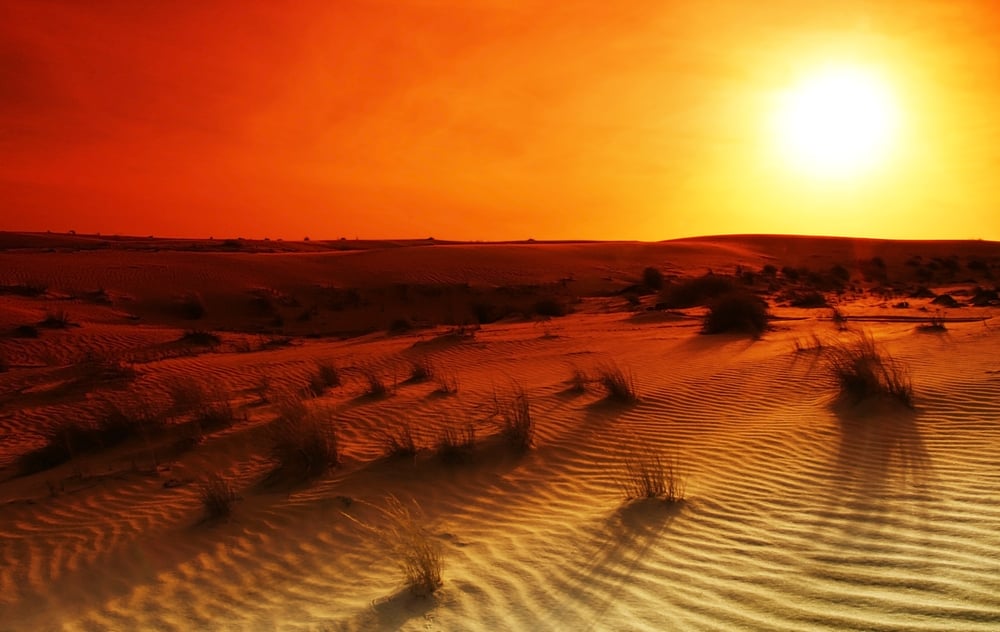 Let's be real: the weather this weekend in the UAE was brutal.

With high temperatures, humidity that made your glasses fog up the second you stepped outside, and a burning sun, being outside this weekend was entirely unpleasant.

As we ease into August, it doesn't look like we'll be getting a break anytime soon. According to the National Centre of Meteorology and Seismology (NCMS), the outlook for the next few days is "hot to very hot, and hazy at times. To make matters worse, we can expect "blowing dust and sand and poor horizontal visibility," which means you can expect a few more days confined indoors.

Temperatures have already reached over 50 °C today, with a reading of 50.6 °C recorded in Mezaira, Abu Dhabi, on Sunday. Alternately, a reading of 26.9 °C was recorded in Jais Mountain at 5:45am this morning.

Brace yourself, because the humidity is only set to get worse tonight and tomorrow morning. So...blast the AC and settle in for a few evenings of Netflix