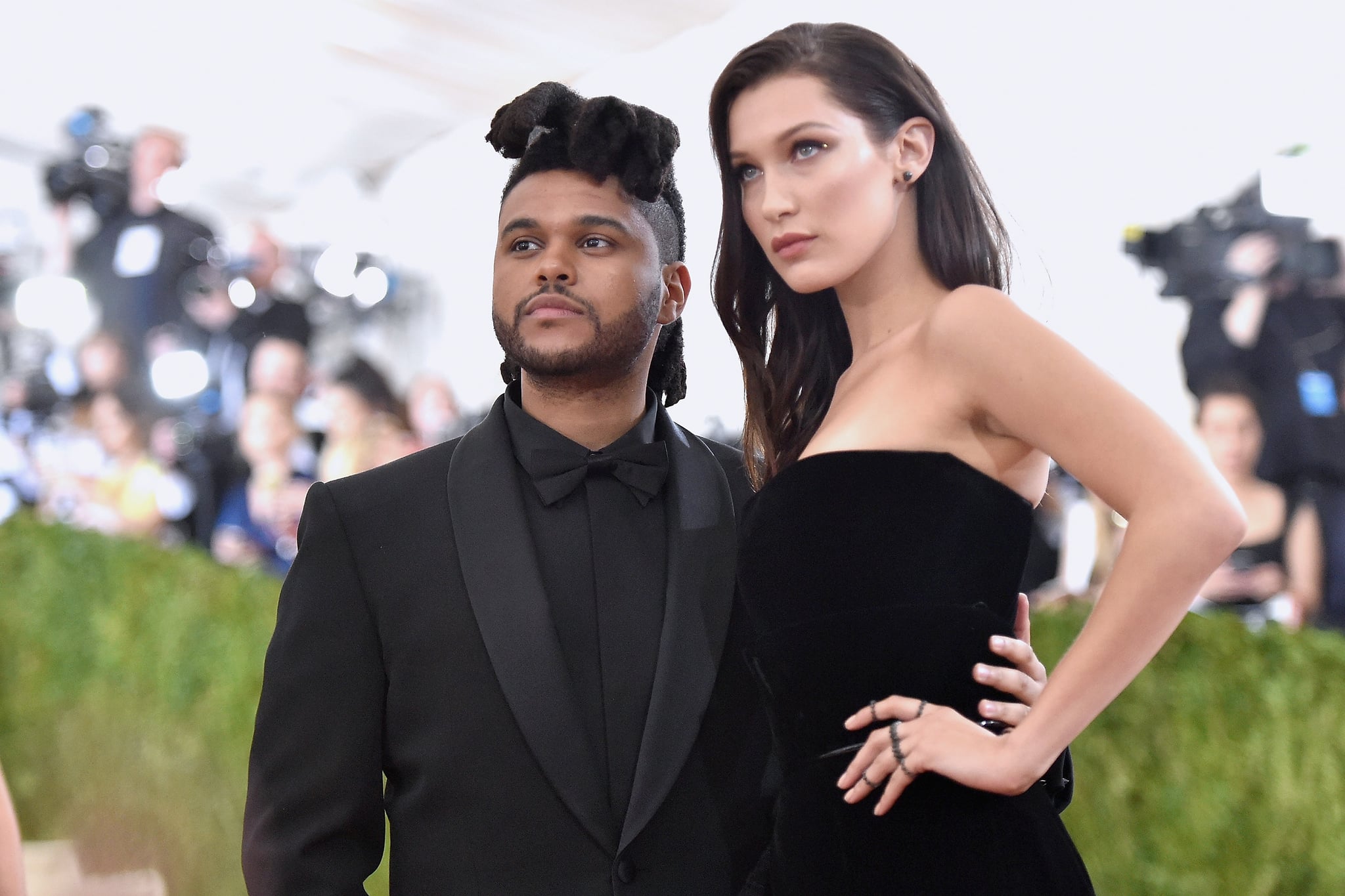 Maybe it's the beautiful weather or the sexy outfits, but Coachella is a serious hot spot for celebrity PDA. However, the latest couple to cause some commotion in the crowd comes as a shock — according to E! News, exes The Weeknd and Bella Hadid were not only back together during the first weekend of the festival, but they were all over each other. Since the two broke up in 2016, The Weeknd later started dating Selena Gomez, but there was something about Bella and the singer's (real name Abel Tesfaye) long-term relationship that had us hanging on . . . and apparently, we're not alone there!

"Bella never really lost feeling for Abel and had hope they would eventually get back together," the site reports, explaining that the two have been talking and "secretly seeing each other" for the last few months. Although it's believed they "are not official" and Abel has been seeing other people, a little festival PDA speaks volumes. "They are just getting back to a good place. She loves hanging out with Abel, and they always have fun together and are very hopeful of their future relationship."

Now, about this alleged makeout session: it reportedly went down at a party celebrating Kylie Cosmetics's new makeup line and the launch of Pizza Boys Radio on Apple Music, where the former couple was spotted publicly "kissing all night" with no intention of hiding it. "They spent the whole night together and left together. Bella looked really happy," they shared. "They were definitely super affectionate, cuddling each other while hanging out with their friends."

Earlier in the day, The Weeknd had very emotional performance of "Call Out My Name," his new song that is oh-so-obviously about his relationship with Selena Gomez. But Selena clearly isn't the only girl on his mind, with mentions of Bella in his songs "Try Me" and "Wasted Times." According to TMZ, on Saturday, The Weeknd was spotted hanging out with Chantel Jeffries, another ex-girlfriend of Justin Bieber's, with photos capturing them looking mighty cozy.

We're not sure what this coupled-up appearance means for Bella and The Weeknd, but here's to hoping it's not a "False Alarm."