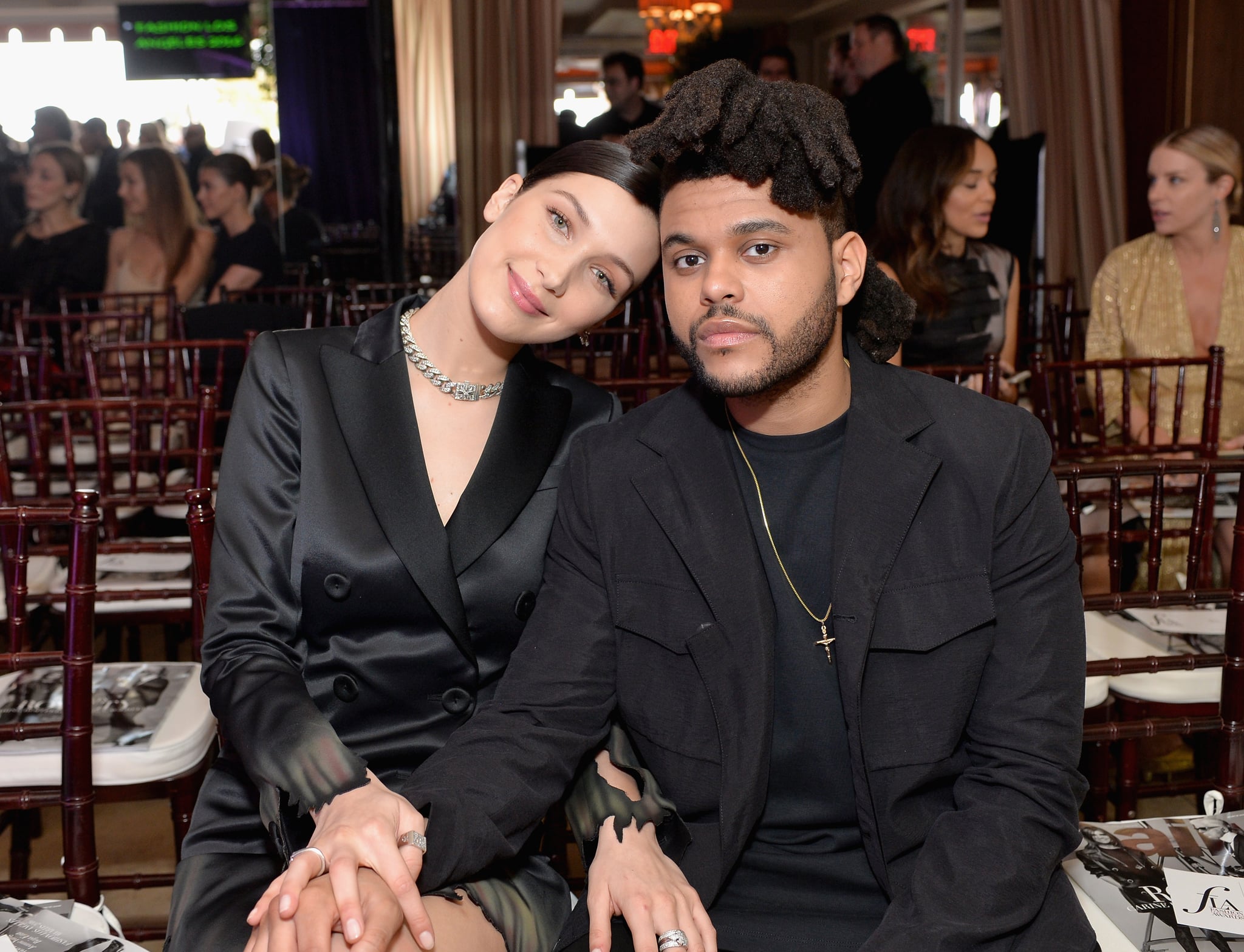 The Weeknd might have made a mistake. Well, at least that's how he puts it in his new heartbreak EP, My Dear Melancholy, mostly about his failed relationship with Selena Gomez and his enduring fondness for Bella Hadid. While the songs that explicitly reference Gomez are bitter and scornful, the ones referencing Hadid are wistful, impassioned, and slightly NSFW. Ahead, read the lyrics that seem a whole lot like a plea for reconciliation.

The Weeknd hasn't had many relationships in the public eye, but here it seems he's classifying Hadid as "the best" he's ever had — especially since we now know his post-breakup feelings about Gomez. It also has been "a couple months" since The Weeknd last saw Hadid: he was photographed leaving her apartment in November of 2017. As for the picture he received via text message, well, we're probably better off not knowing.

"Wasted Times" is a doozy, and perhaps the song that most explicitly references Hadid. The Weeknd starts by taking a jab at Gomez ("She wasn't even half of you"), and then inquires about Hadid's current relationship status, since she's been pretty private about that following their breakup in 2016. In the subsequent verse, he acknowledges that Hadid was with him at the start of his mainstream success and proceeds to just lay it all out there. The most obvious reference, however, is that steamy "equestrian" line: the model has been an avid horseback rider all her life and even had dreams of competing in the Olympics.