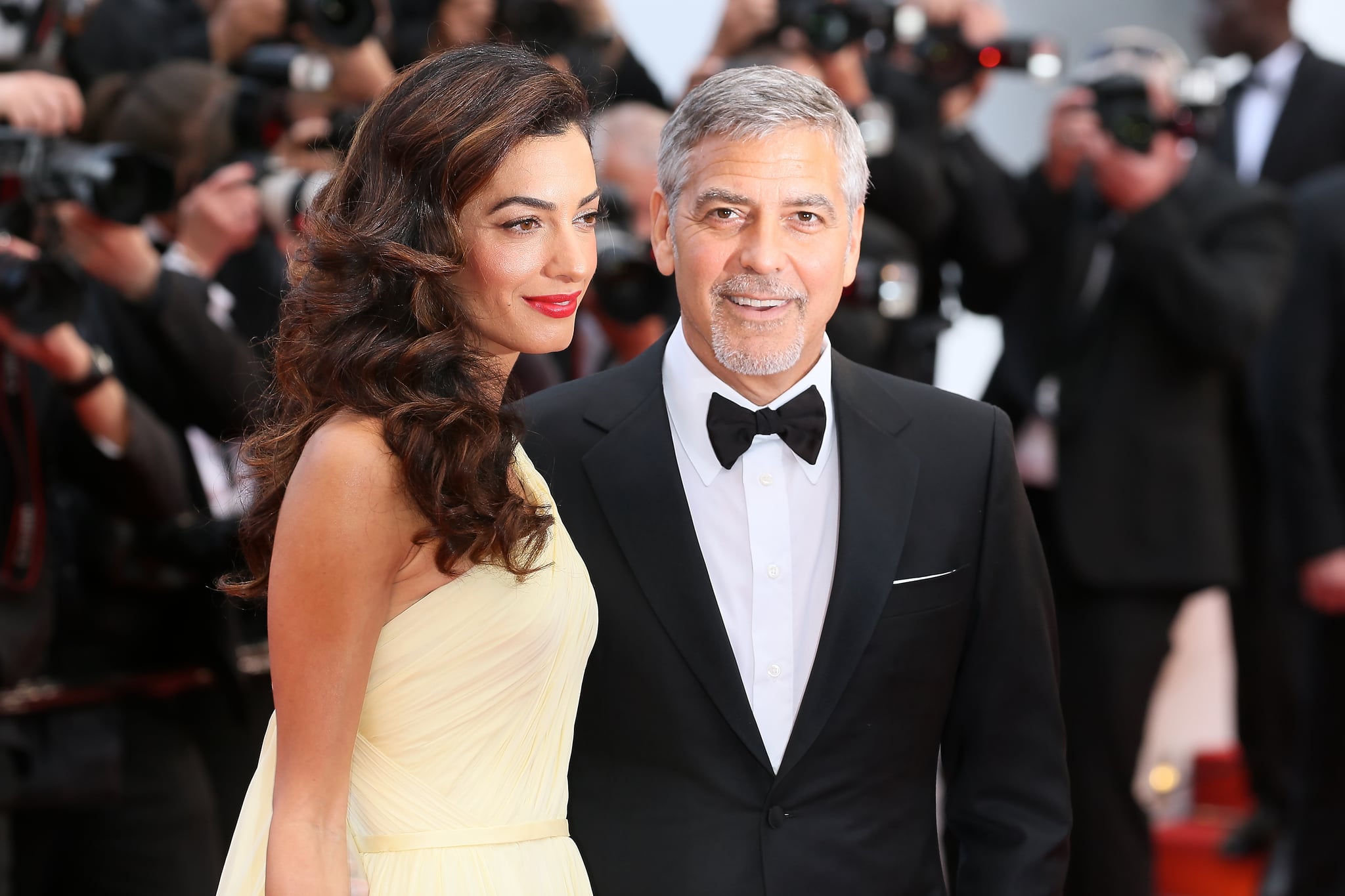 Four months after announcing that they'd be expecting twins (and after George's mom, Nina, announced they'd be having a boy and a girl), George and Amal Clooney welcomed their little ones on Tuesday. The couple named their new bundles of joy Alexander and Ella, which are way better than "Casa" and "Amigos," which George recently joked that Amal had forbidden him to do — the names, of course, are from George's Casamigos tequila brand, which he co-owns with Cindy Crawford's husband, Rande Gerber. Congrats to the happy couple on their growing family, and congrats to the twins for not having to be named after a liquor company!