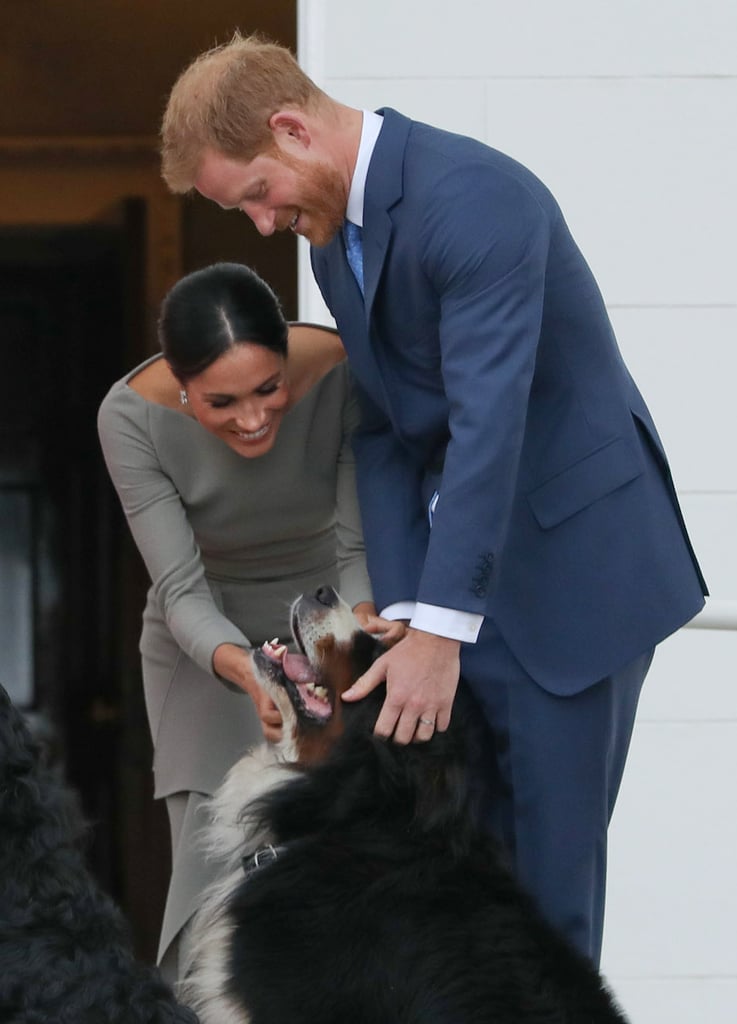 We recently found out that Prince Harry and Meghan Markle adopted a Labrador Retriever last month, and now we finally know his name! According to People, the couple's new furry addition is named Oz. It's unclear what the inspiration behind his name was, but People notes that a famous poem by Percy Shelley titled "Ozymandias" is about an Egyptian ruler who calls himself the "king of kings." It could also be a nod to Harry's upcoming Invictus Games, which will be taking place in Sydney, Australia, in October. Oz has reportedly joined Meghan and Harry at their country home in Cotswolds and at Nottingham Cottage at Kensington Palace.

Meghan and Harry are both dog-lovers. The royal has shared several adorable moments with dogs over the years; in fact, Harry even broke protocol once when he cuddled with one at the 2015 Royal Variety Performance. Meghan, on the other hand, previously had two rescue dogs, Guy and Bogart, but had to leave behind Bogart when she moved to London because he was reportedly too old to fly. Hopefully Oz makes his first royal appearance soon!