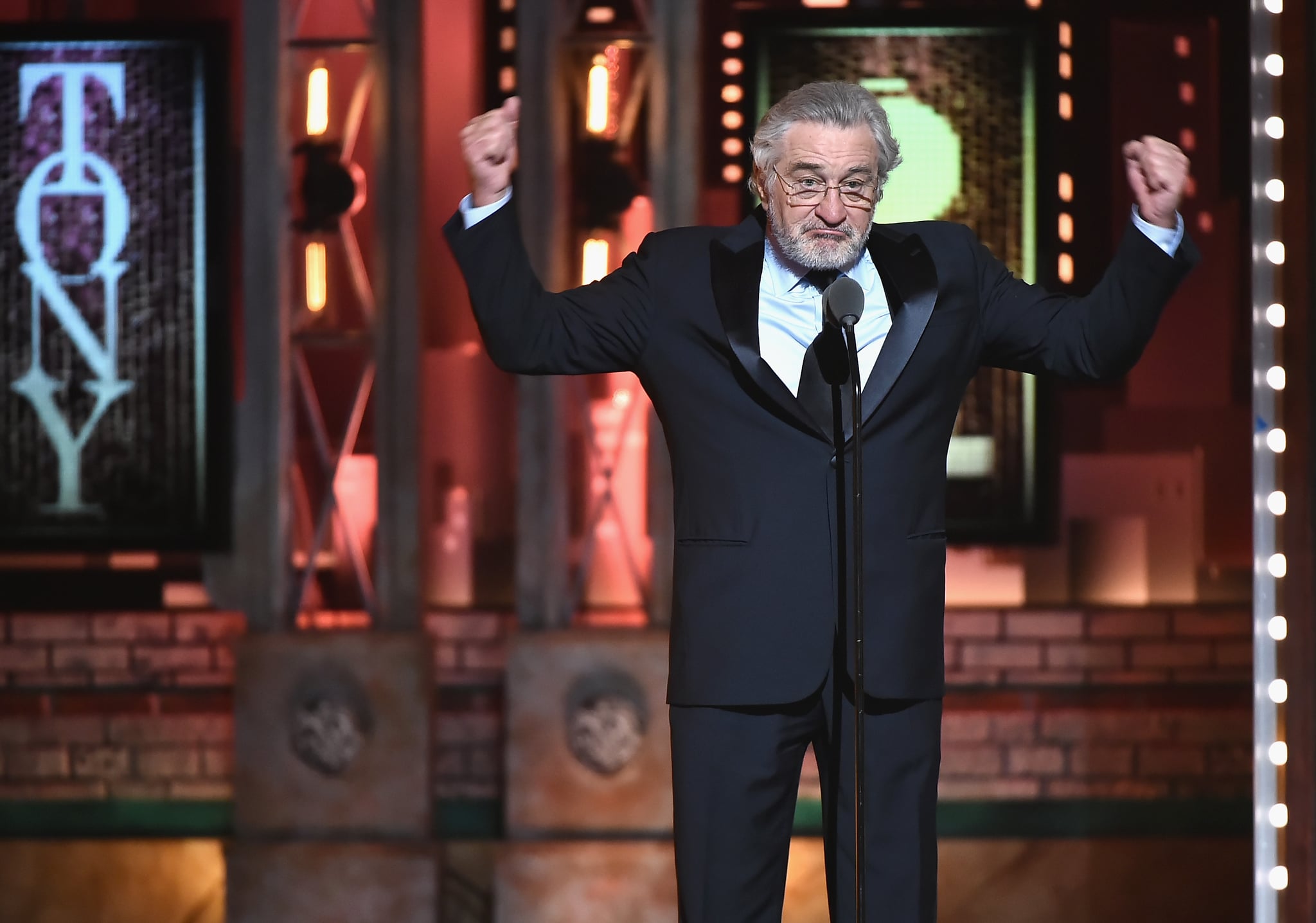 The Tony Awards was all about bringing the theater community together on Sunday night, but that doesn't mean it didn't get political. During the show, Robert De Niro got a standing ovation from the audience when he came on stage to present Bruce Springsteen. Only problem was that viewers at home didn't actually know what he said, as most of his words were bleeped out.

So what exactly was he trying to say? It seems his censored remarks (unsurprisingly) had to do with President Donald Trump. The 74-year-old started his presentation by saying, "I'm gonna say one thing: F*ck Trump," before adding, "It's no longer just down with Trump, it's f*ck Trump." You can catch the uncensored version of the clip below.