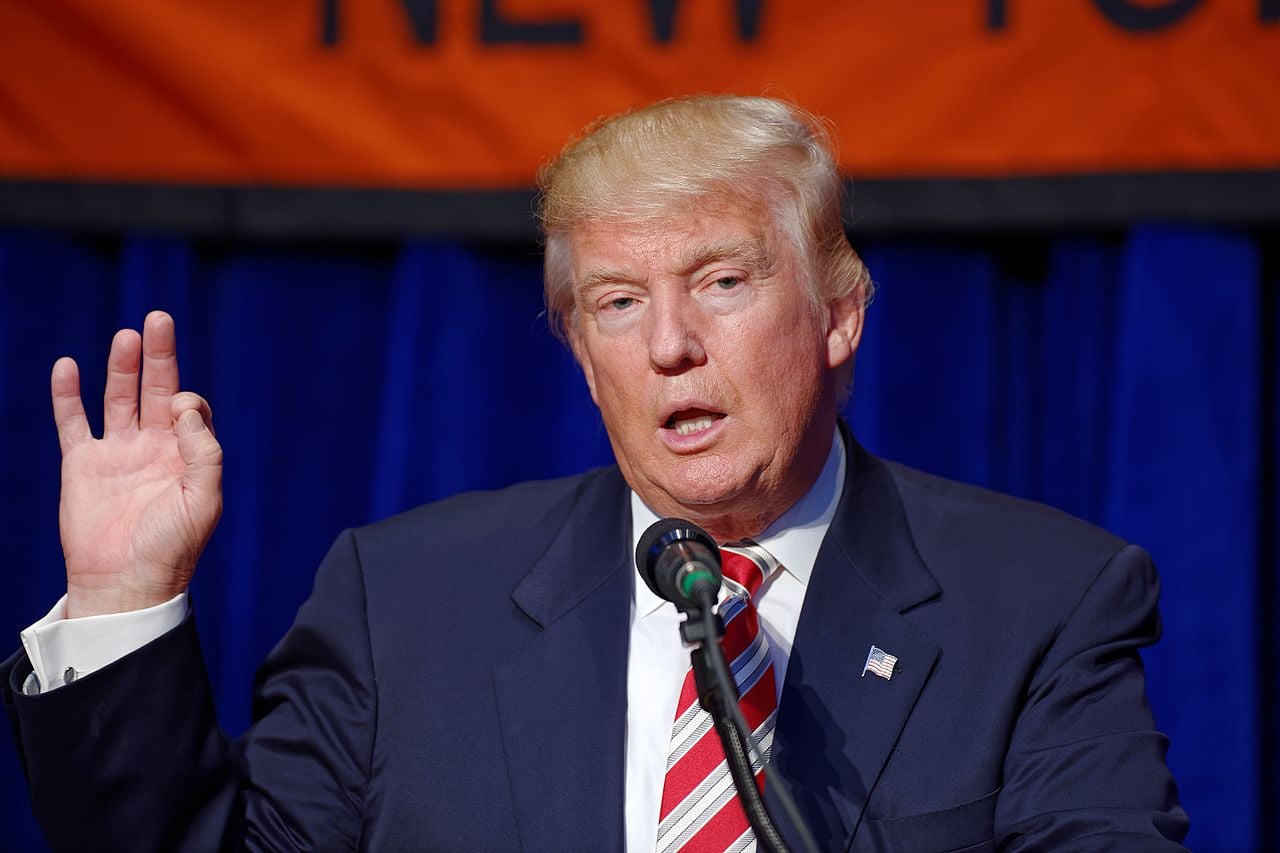 Last week, president Donald Trump, who is infamous for his late-night Twitter rants, Tweeted what may have been his most cryptic Tweet yet.

"Despite the constant negative press covfefe," he wrote just after 9 p.m. on May 30. The tweet was not deleted until hours later, giving the Internet plenty of time to speculate as to what the president could possibly be talking about.

Neither Trump nor anyone in his administration clarified what he meant, but Trump did send another Tweet the following afternoon: "Who can figure out the true meaning of "covfefe"??? EnjoY!"

Who can figure out the true meaning of "covfefe" ??? Enjoy!

Though Trump's apparent typo was the source of great entertainment for people on Twitter, his press secretary, Sean Spicer, wasn't so amused. "The president and a small group of people know exactly what he meant," he said at a briefing last Wednesday.

Spicer on 'covfefe' tweet: "The president and a small group of people know exactly what he meant." https://t.co/URM4mW8pmO

So what is the true meaning behind the president's Tweet? That we still don't know, but one of the theories that circulated was that Trump was Tweeting in Arabic.

The rumor began circulating on Reddit last week, with users claiming that "covfefe" means "I will stand up" in Arabic. "It makes perfect sense," one user concluded. "Despite negative press 'I will stand up.'" 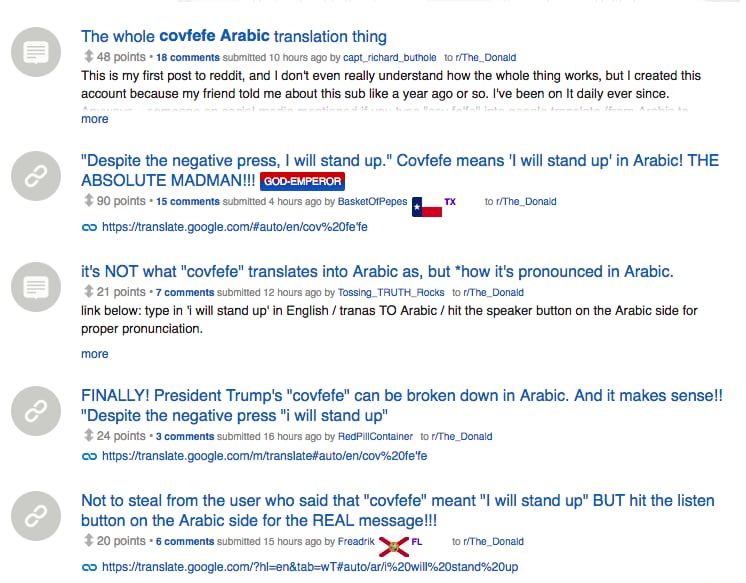 The New York Times quickly clarified the message, which was clearly lost in translation, and spoke to Ali Adeeb Alnaemi, a professor of Arabic at New York University, about the possibility of Trump secretly knowing Arabic.

"Mr. Alnaemi, who previously worked for The New York Times in Baghdad, made a good-faith effort to see where this mistranslation may have come from," The Times wrote. "In a phone interview, he repeated the word "covfefe" several times before finally laughing. "Come on," he said. "I'm sorry. No.""

We still don't know what this crazy Tweet means...but we can certainly rule out a possible Arabic translation!