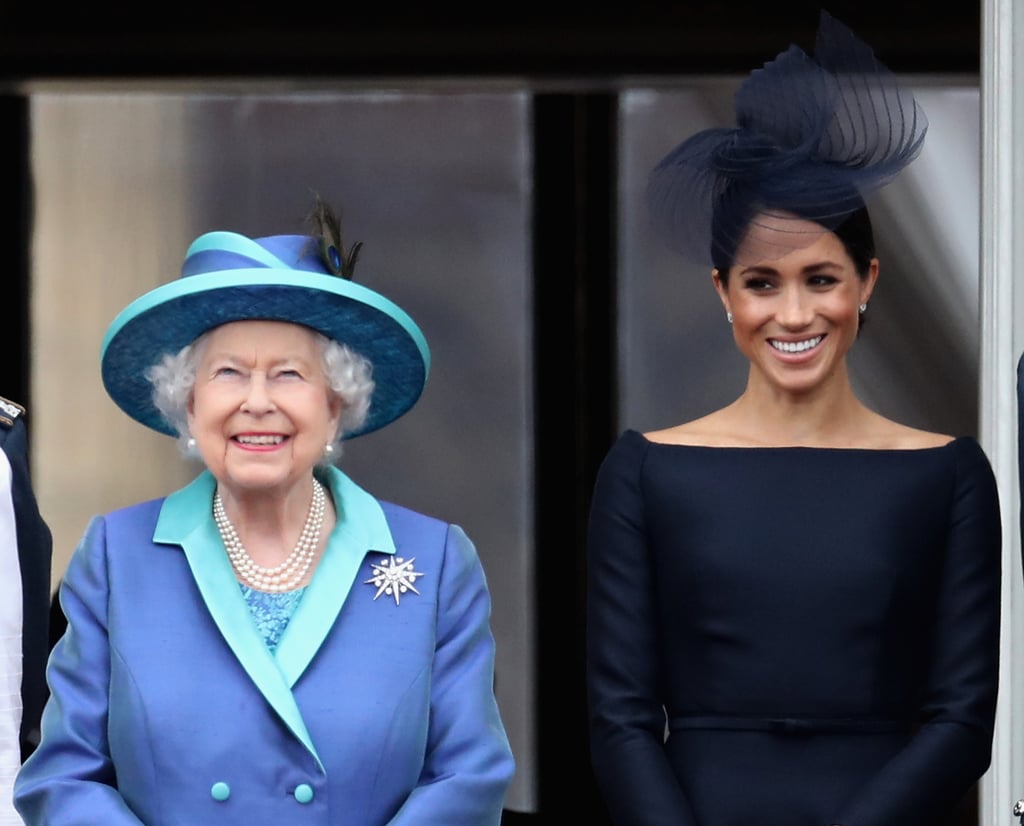 Meghan Markle's dad just can't seem to stop talking to the press about his daughter and the royal family, but we're glad to hear Queen Elizabeth II's got her back. According to Us Weekly, Meghan is "absolutely broken by the drama with her father" and has no way of reaching out to him because "she knows he'll record the conversation and sell it."

However, it seems Meghan's family problems have only brought her and the queen closer. "What may surprise some is just how supportive Her Majesty has been during the problems Meghan has faced with her family," a Buckingham Palace insider told the outlet. "Meghan is in a tough place, and the queen knows it's completely out of Meghan's hands. She has only sympathy for what's been a difficult and distressing situation for her."

Even though Meghan and the queen come from totally different backgrounds, "there's a warmth between the two that's genuine and loving." In fact, the queen actually "became fond of Meghan at their first meeting." "Not just because she's the charming woman who brought happiness into her grandson's life, but also because she quickly demonstrated that she's intelligent, polite and keen to learn," the source added. Meghan and Elizabeth embarked on their first official outing together back in June, and their immediate bond was clear for all to see.