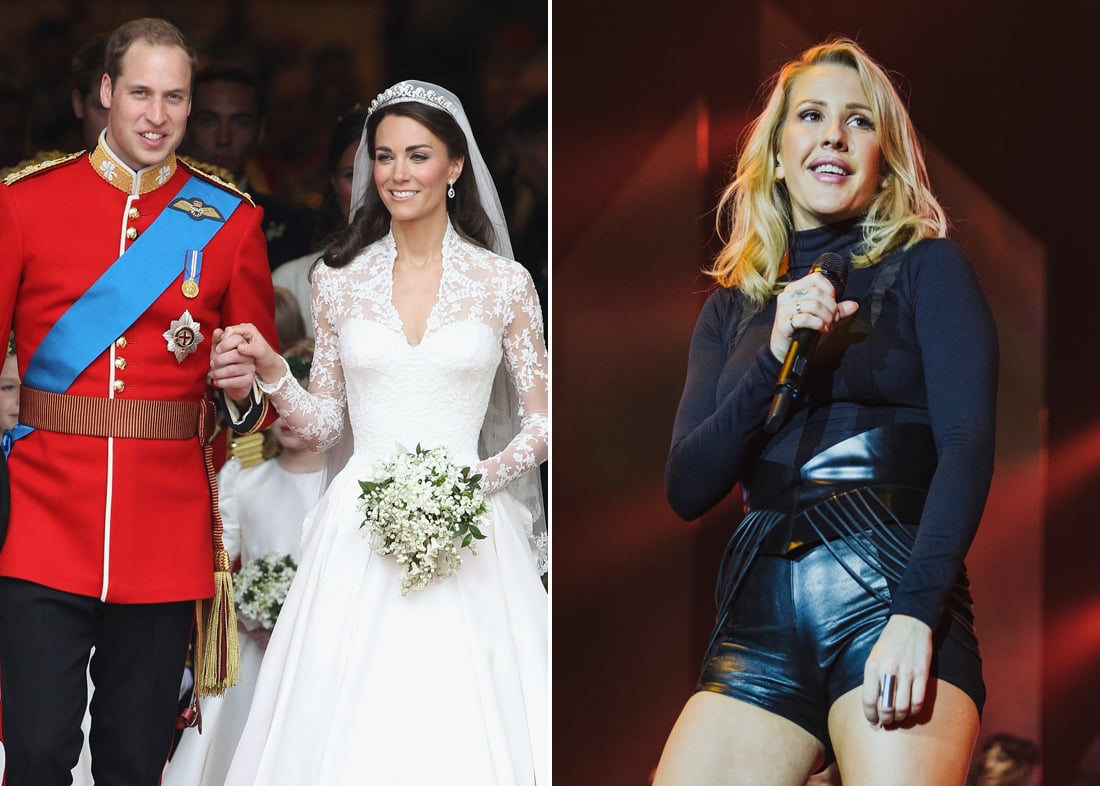 When Kate Middleton and Prince William tied the knot in April 2011, it was a star-studded affair. Not only did the royal family step out for the special occasion, but it also included some notable English celebrities as well. David and Victoria Beckham, who were expecting their daughter Harper at the time, were on the prestigious guest list along with Elton John and his husband, David Furnish. While the music icon and close friend of the royal family was on hand for the ceremony, he actually didn't perform during Kate and Will's reception. That honor went to Ellie Goulding.

For the couple's first dance, the English singer covered Elton's hit "Your Song" before singing a handful of upbeat tracks like "Mr. Brightside" by the Killers, "Superstition" by Stevie Wonder, and "You're the One That I Want" from Grease. Interestingly enough, Ellie was later linked to Will's brother, Prince Harry, when they were spotted kissing at a polo match in 2016.

Though they never officially confirmed their romance, they seem to be on good terms now. Ellie is reportedly on the guest list for Harry and Meghan Markle's upcoming wedding. We wonder if she'll sing at their wedding as well or if Elton John will decide to perform this time around.