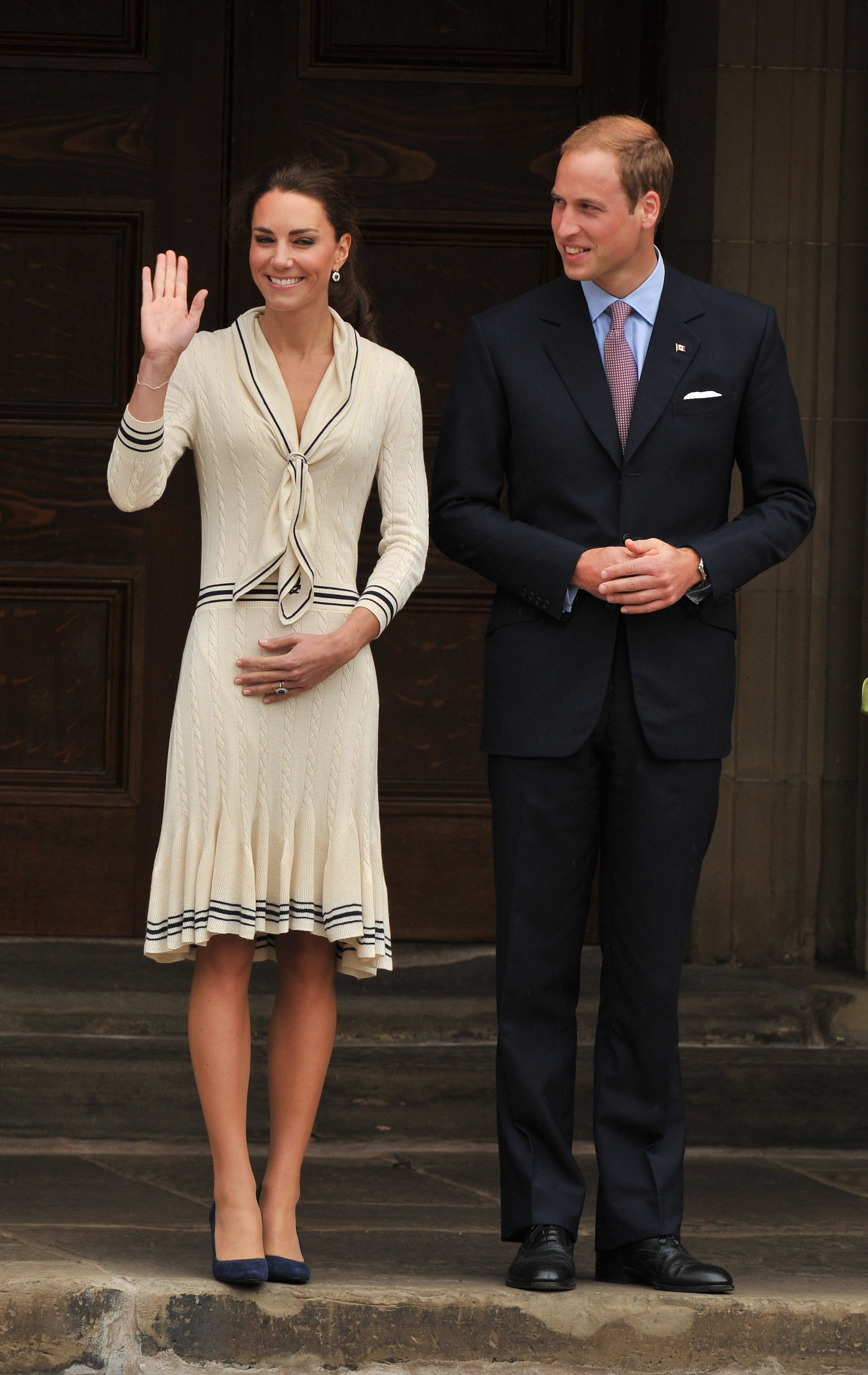 We've been seeing a lot more of Prince William and Kate Middleton in the past year because, as senior members of the royal family, they have been stepping up their duties and taking on more work; but what exactly do they do? Their roles can be broken down into four key areas, which we're doing right here.

A large part of a senior royal's life is spent being involved with the charities they are patron of. This will involve the stuff that we hear about: public visits, annual award ceremonies, glamorous fundraisers, and recorded messages, and those that we don't: private visits, update meetings with charity heads, and personal correspondence. William and Kate know their charities inside and out. They are required to understand why the charity exists and who it benefits, how it benefits them, and what needs to be done in the future. Their team will pull together everything there is to know and will brief them. William also came up with the notion of The Forum, where twice a year the heads of his, Kate's, and Harry's charities meet to discuss ways they can work together. Additionally, the royal trio have their own charity: The Royal Foundation of the Duke and Duchess of Cambridge and Prince Harry. It was set up by William and Harry in 2009, and the title changed to accommodate Kate after the royal wedding. The Foundation is an umbrella charity that operates by kick-starting certain projects and casting light on others, and it means William, Kate and Harry have funds to distribute as they wish.

Another big part of the royals' role is basically using their status to make the most vulnerable people feel recognized and heard. Whenever the unimaginable happens and threatens the very fabric of a local community, usually a key member of the royal family will visit those affected. After the London Bridge terror attacks in June 2017, Kate met survivors and the medical teams who worked with them at nearby King's College Hospital, and just days later, after the Grenfell Tower fire, William (along with the queen) met with survivors and first responders at a nearby rescue center. These visits do three things: they make those who have been worst-affected feel listened to, they draw media attention to important issues, and they help the visiting royal party try to understand what people are going through.

Neither politicians nor diplomats, and yet with elements of both, the Royal Family are employed to be sparkling ambassadors for their country. This area covers overseas tours, state visits from overseas dignitaries (from formal Buckingham Palace banquets to at-home hospitality), key anniversaries (such as the centenary of the Battle of Passchendaele in July 2017), signing condolence books (such as after the Paris terror attack in 2015 and the Orlando shooting in 2016), and the annual diplomatic reception at Buckingham Palace every Christmas. Behind the scenes, there is a great deal to learn about the relationships between countries, and the socio-economic, cultural, religious, and political nuances of the countries whose heads of state they will be encountering, so William and Kate will keep themselves up to date with current affairs and attend more briefings.

Maintaining the Institution of the Royal Family

When it comes to the breakdown of their time, this part is perhaps the smallest of William and Kate's job description, and yet it is vital for the continuation of of the monarchy. Again, behind the scenes, there is paperwork to be read and briefings to attend, and publicly their presence is required at ceremonial events such as Trooping the Colour, Garter Day, church services, key anniversaries, Royal Ascot, and St. Patrick's Day with the Irish Guards.

Additionally, since the retirement of his grandfather Prince Philip, William will increasingly step up his royal duties in support of the queen, and either he or Prince Charles will be by her side in place of her husband — as we've already seen with when Charles accompanied the queen to the State Opening of Parliament earlier this year.