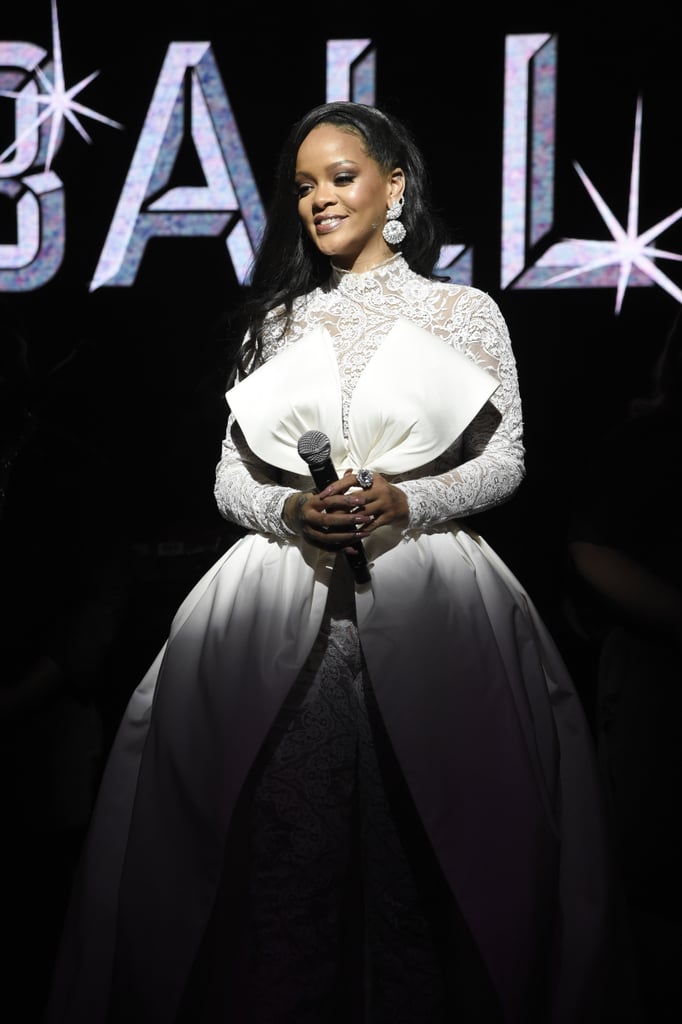 Rihanna's fifth annual Diamond Ball is set to take place in NYC on Sept. 12. For those who aren't familiar with the glamorous charity event, the ball benefits Rihanna's Clara Lionel Foundation, an organization that supports and funds "groundbreaking and effective education and emergency response programs around the world" through education projects, scholarships, health care, grants, and other initiatives. The charity was named after the 31-year-old singer's grandparents, Clara and Lionel Braithwaite. Since it was created in 2012, the organization has funded over 45 projects and raised more than $7 million in grants.

The ball has previously been hosted by Issa Rae, Dave Chapelle, Jimmy Kimmel, and Kevin Hart and has included star-studded guest lists featuring celebrities like Beyoncé, JAY-Z, Salma Hayek, and Kendrick Lamar. Rihanna always brings her family as her dates, including her mom, Monica Braithwaite, and 5-year-old niece Majesty. This year, Seth Meyers will have the honor of hosting, and Pharrell Williams and DJ Khaled will be performing. Ahead, see the best photos from past Diamond Balls.