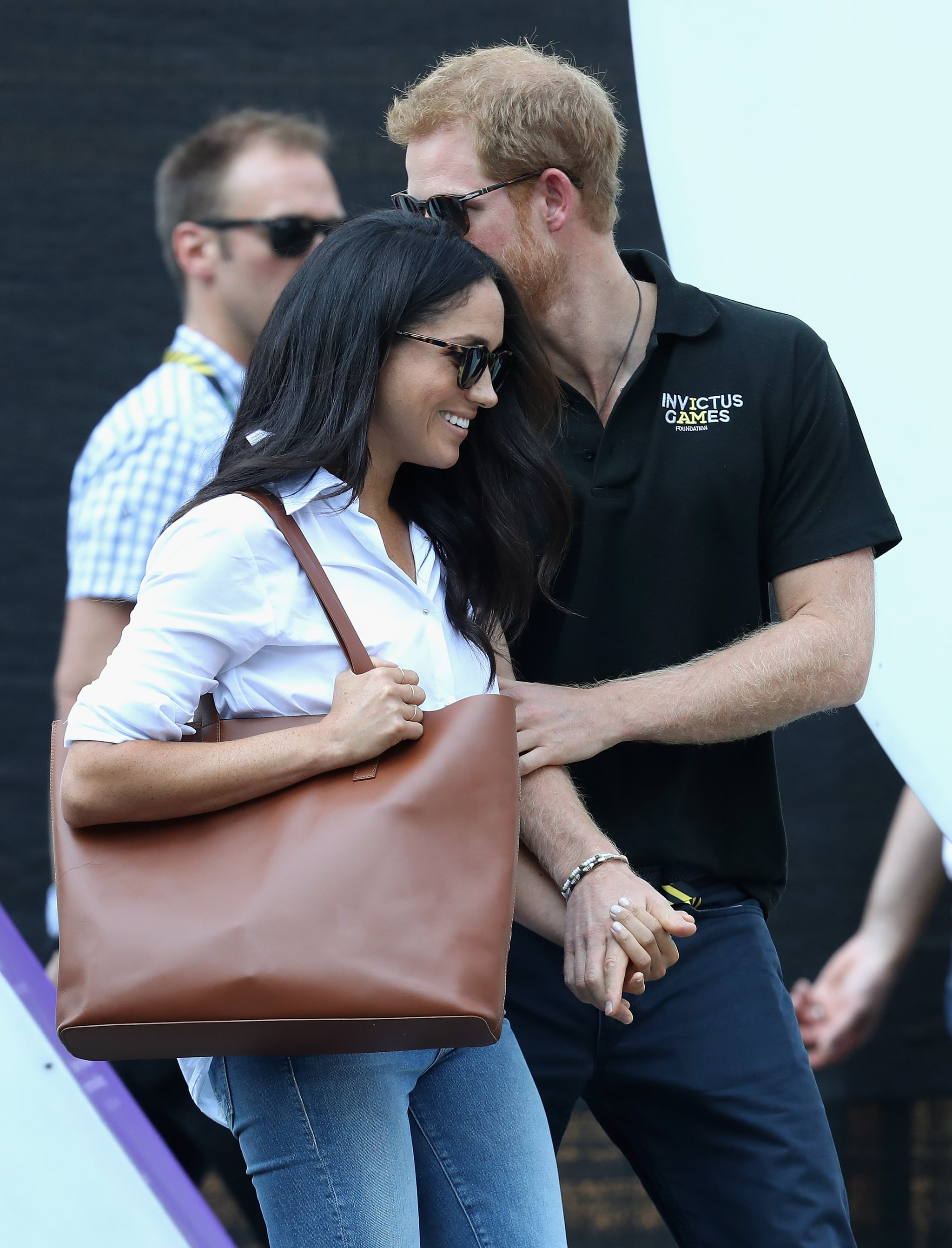 Princess Charlotte was barely whisked out of St. Mary's Hospital and settled into the Anmer Hall nursery before speculation started about whether her parents, the Duke and Duchess of Cambridge, would have a third child. And then all our dreams came true on Sept. 4 when it was announced that Kate was expecting a new baby brother or sister for George and Charlotte. But could the new arrival have an impact on the other royal news that everyone is holding their breath for: the engagement of Prince Harry and Meghan Markle? Possibly!

It's clear that the lovebirds of around 18 months are head-over-heels, love-each-other-to-the-moon-and-back smitten kittens. In Meghan's recent Vanity Fair interview, she confirmed what no one was surprised to hear: "We're two people who are really happy and in love." And at the recent Invictus Games, Harry broke with royal protocol by holding hands with his girlfriend at an official event — a humdinger of a sign that they are planning a future together. Add to this that Meghan apparently recently met the queen at her Scottish residence Balmoral, and all the signs are pointing to an announcement that will come sooner rather than later. Additionally, Harry has talked about his desire to have children, so it's likely they will want to try for a family as soon as possible — although obviously not before they have walked down the aisle.

So, where does Cambridge baby No. 3 come into all of this? Well, the new arrival is due in the Spring, and because Harry is highly likely to want the Cambridges involved in his big day, it's looking like a Harry/Meghan wedding won't be happening until next Summer at the earliest. Harry acted as best man for William at his wedding in 2011, so William is sure to want to return the favor for his younger brother, while Prince George and Princess Charlotte will be first in line when it comes to page boys and bridesmaids.

Royal engagements tend to run for only around six months — because who needs more time to plan when you have a whole royal household to help out? — so if Harry and Meghan would like their big day to take place next Summer, we could now be seeing an engagement announcement around the end of this year or the beginning of 2018!