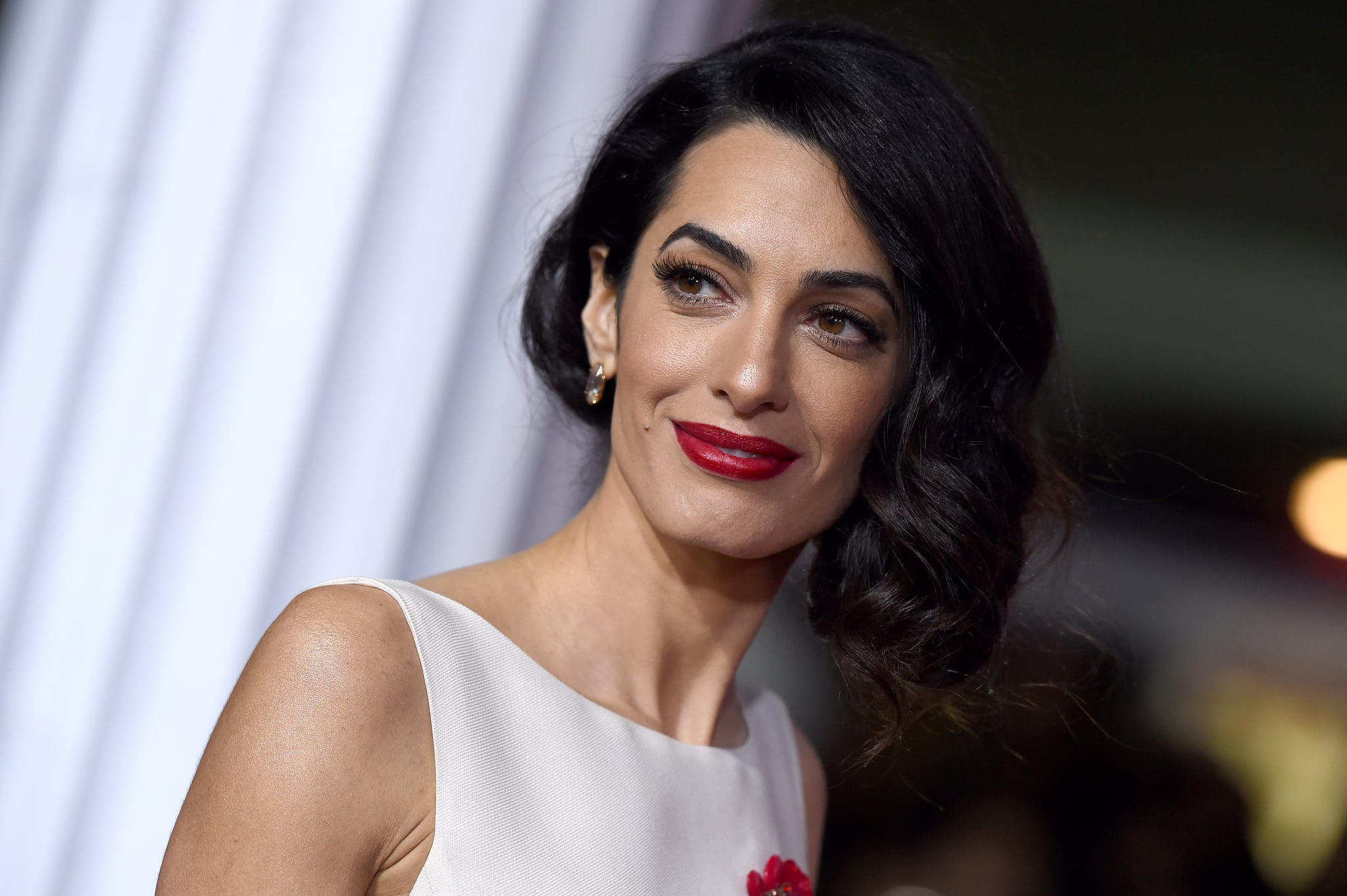 Amal Clooney (née Alamuddin) made a name for herself as a human rights lawyer long before she married George Clooney in September 2014. She's used her newfound fame to help publicize certain issues happening all over the world, including international crimes in Iraq and Syria and women's rights. Her work has been published in multiple books, including The Law and Practice of the Special Tribunal For Lebanon, but you're probably wondering where Amal is from.

Amal was born in Beirut, Lebanon to parents Ramzi and Baria Alamuddin. She and her family left for London during the height of the Lebanese Civil War when she was 2 years old. Her mom, Baria, is a foreign affairs editor at Al Hayat (a Lebanese newspaper), while her dad is a retired business professor from the American University in Beirut. Amal is fluent in English, Arabic, and French. It's likely that Amal's upbringing inspires the work she does with refugees today. In 2016, Amal and George sat down with German chancellor Angela Merkel to discuss Germany's plan to help with Europe's refugee crisis, and the lawyer is currently working with Nobel Peace Prize nominee Nadia Murad to convince UN officials to investigate ISIS, an issue Amal is very passionate about. George has also never been one to shy away from being a political activist for causes close to his heart — he even started a charity with Brad Pitt and Matt Damon dedicated to protecting human rights, called Not on Our Watch, in 2008.