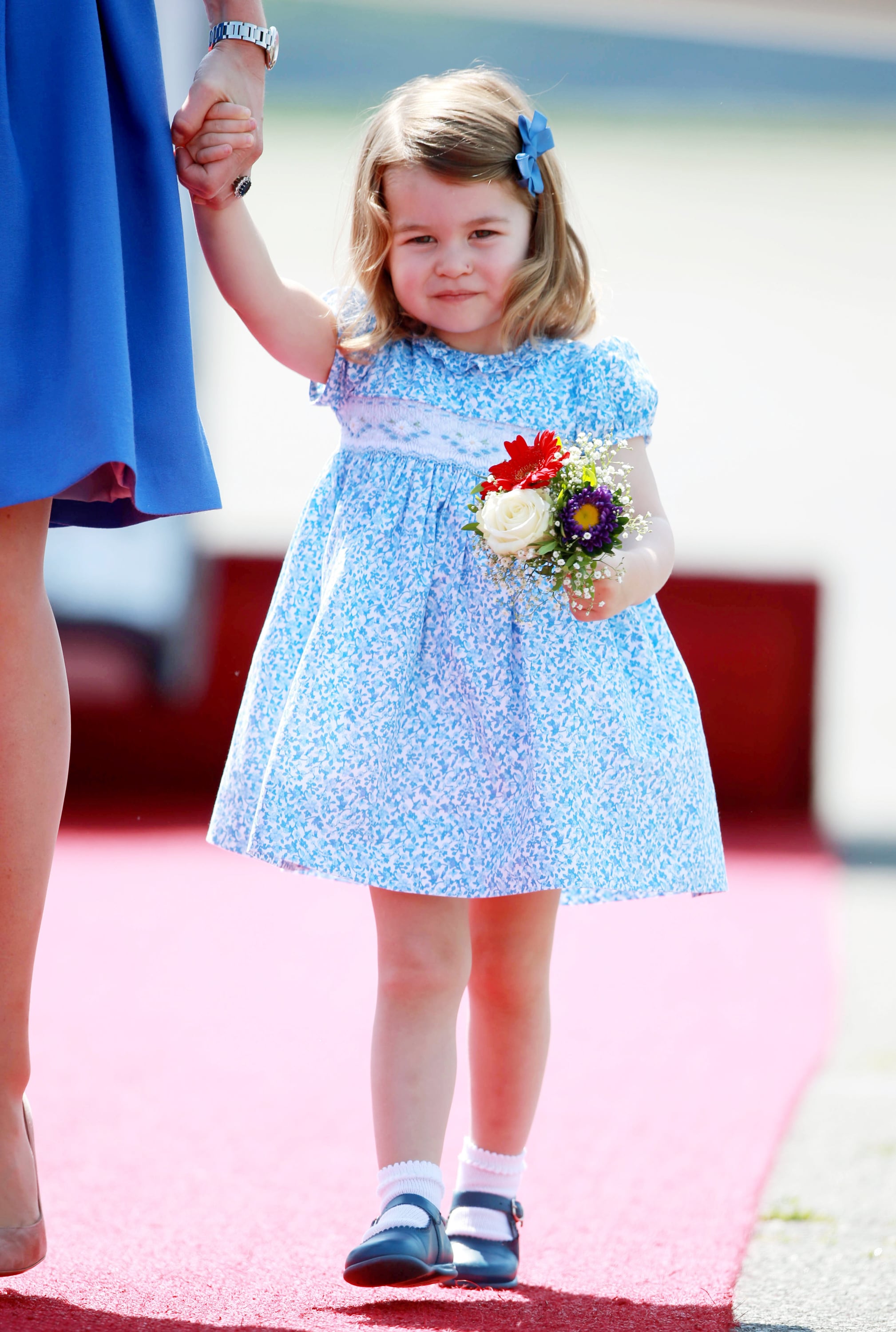 The arrival of Prince William and Kate Middleton's third child next Spring will not only make 2-year-old Princess Charlotte a big sister, but perhaps the world's most famous middle child as well. Even though she may have to fight for a little more of her parents' attention once her sibling arrives, Charlotte will probably be pleased to know that thanks to a change in a centuries-old royal rule, the one thing the new baby can't take from her is her place in line for the British throne.

Under the Act of Settlement of 1701, all brothers would be allowed to jump ahead of their sisters in the line of succession, meaning that even if a girl was born first, the arrival of her younger brother would immediately move her down the list. Modern examples of the system of male primogeniture include Princess Anne, who is the second-born and only daughter of Queen Elizabeth II; at the time of her birth, Anne was third in line for the throne after her mother, then-Princess Elizabeth, and her older brother Prince Charles — but with the births of Princes Andrew and Edward after her, Anne slipped down to fifth.

In April 2013, the Succession to the Crown Act was assented, and was officially put into place in March 2015 — just two months before Charlotte was born. The update ended male primogeniture, making it possible for all royal baby girls to uphold their position in the succession line, regardless of any brothers born after them. The rule applies to all royals born after Oct. 28, 2011, and means that Charlotte's place as fourth in line (after her grandfather, father, and big brother Prince George) is secured, even if her younger sibling is a boy. The new baby Cambridge will be fifth in line, and Prince Harry will be sixth.

The update ended male primogeniture, making it possible for all royal baby girls to uphold their position in the succession line, regardless of any brothers born after them.

There are other major changes that came with the Succession to the Crown Act: in addition to protecting the succession status of royal girls, amendments were made that now allow royal family members to marry a Roman Catholic and still become king or queen — previously, no one in the direct line of succession could marry a Catholic and keep their right to the throne. This is because the monarch also serves as Head of the Protestant Anglican Church of England, which was established back in the 16th century by Henry VIII. It also got rid of a rule that required those outside the first six people in line for the throne to seek approval to marry from the current monarch. This is good news for Prince Andrew, the Duke of York, who, with his upcoming status as seventh in line will officially be able to marry whoever he wants without having to get permission from his mom first.

Princess Charlotte will remain fourth in line to the British throne no matter how many more children Will and Kate have in the future. The only people who are guaranteed to stand in her way are her brother George's future children, who, despite their sex, will take their places ahead of her.