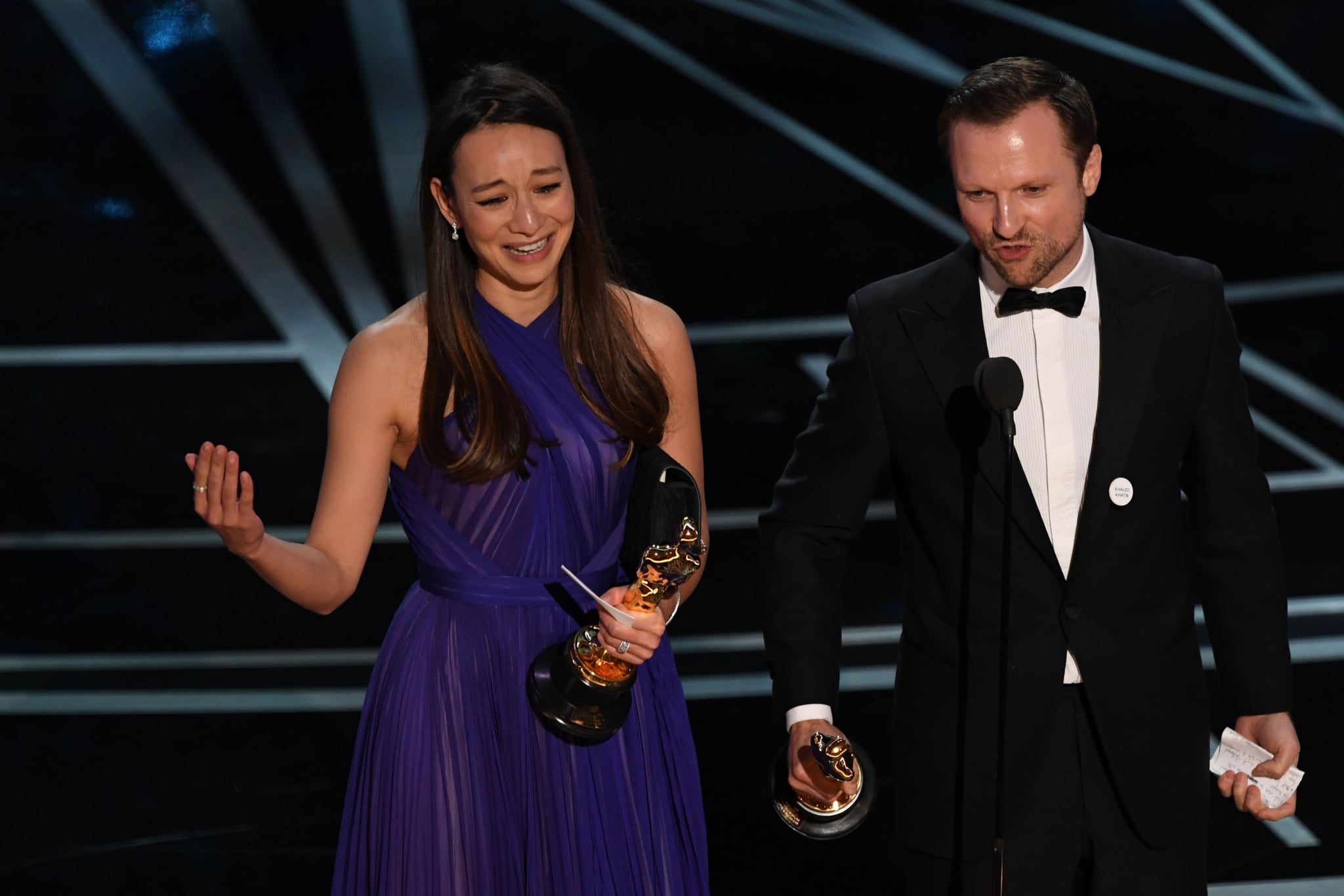 Raed Al Saleh, who leads the White Helmets, was barred from attending the Oscars this year because of President Trump's travel ban. But when a film chronicling the White Helmets' efforts won best documentary short at the 89th annual Academy Awards on Sunday, his resilient message was delivered through the directors.

Orlando von Einsiedel and Joanna Natasegara, who directed The White Helmets, shared Al Saleh's message with the audience and it was particularly poignant since it was grounded in Islamic scripture. Watch it here:

Statement read on behalf of Raed Al Saleh, head of the White Helmets: "Work on the side of life...stop the bloodshed in Syria." #Oscars pic.twitter.com/KlaAN5zR6v

"We are so grateful that this film has highlighted our work to the world," Al Saleh's statement read. "Our organization is guided by a verse in the Koran . . . 'To save one life is to save all of humanity.'"

"To save one life is to save all of humanity." Congrats to The White Helmets on their #Oscars win.

Al Saleh's statement concluded with a call to not just the audience, but the world: "We have saved more than 82,000 civilian lives. I invite anyone here who hears me to work to stop the bloodshed in Syria and around the world."

The short focuses on a group of civilians, called the White Helmets, who rescue fellow citizens who have been caught in the crosshairs of Syria's gruesome civil war.

Von Einsiedel, one of the directors, shared Al Saleh's sentiment. "It's easy to forget this war has been going on six years," von Einsiedel said. "If everyone could stand up and show we care, that this war could end as quickly as possible."