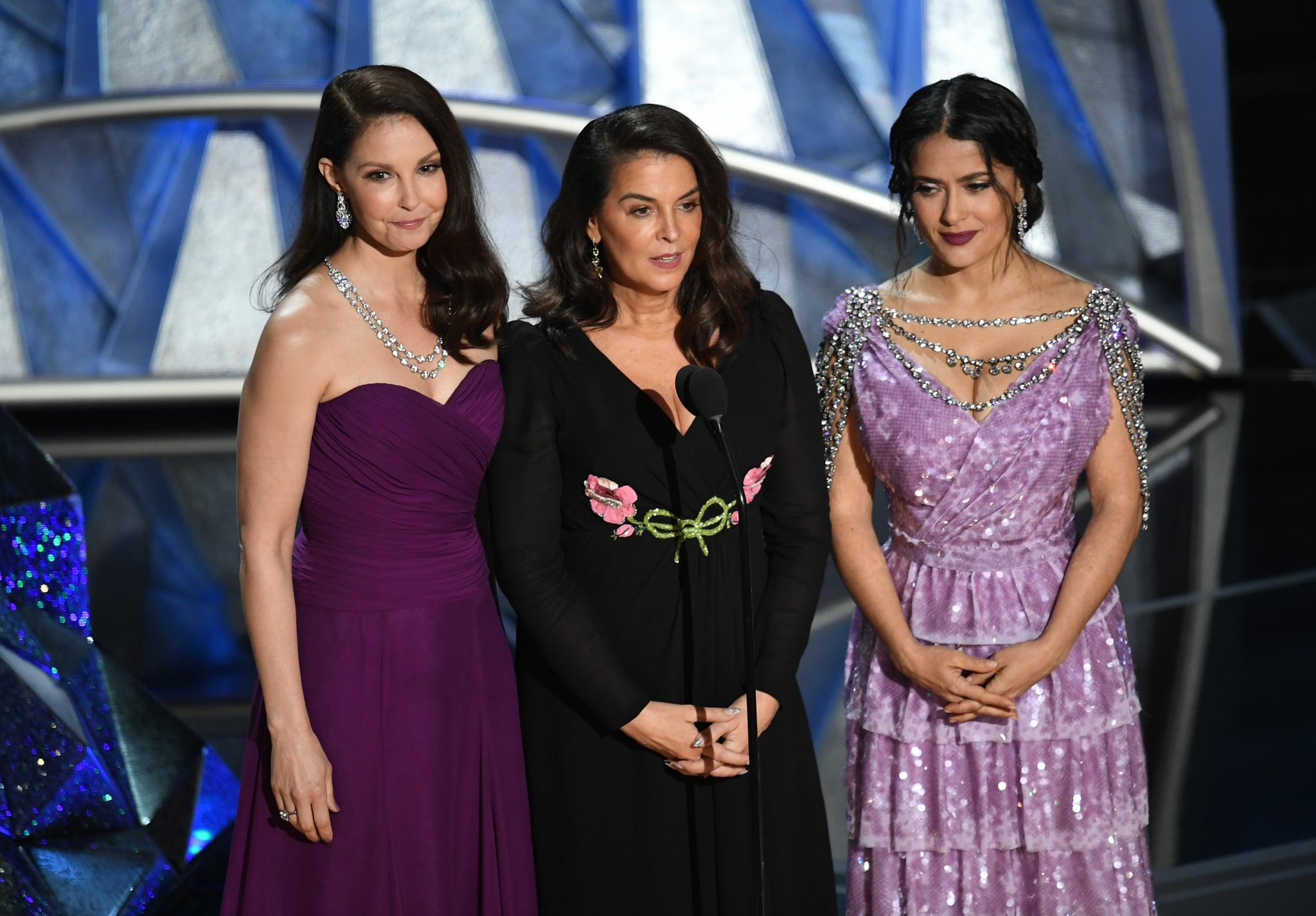 The 2018 awards season has been heavily focused on women speaking up about sexual assault in Hollywood and standing in solidarity with the #MeToo and #TimesUp movements, and it all culminated in a speech at the 2018 Academy Awards, given by Salma Hayek, Ashley Judd, and Annabella Sciorra. The three actresses — who are among an extensive list of women who have accused Harvey Weinstein of sexual assault — spoke about those who used their voices to speak up and challenge age-old stereotypes about race, ethnicity, and gender.

Sciorra, who some may not have recognized instantly, has powerfully made her mark on the #MeToo movement, speaking to The New Yorker about Weinstein's emotional and physical abuse. But it's important to note that beyond her contribution to the initiative, she has a pretty extensive background in theater and films.